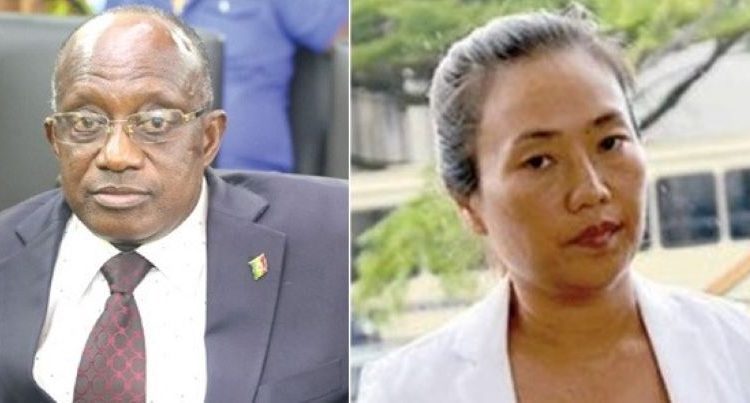 The Ashanti Regional Minister, Simon Osei Mensah has said that information available to him does not implicate Aisha Huang in any ‘galamsey’ activities.

Mr. Mensah however declined to give further details on the issue.

Speaking exclusively on Joy FM’s Top Story, on Tuesday, Mr. Mensah explained that, “The information given to me by the security heads does not indicate that [Aisha’s involvement in Galamsey] for now. Because I am not a lawyer, I cannot talk to the issue that is why I am saying because it is before the law court, I cannot give you any detail,” he told Blessed Sogah.

The ‘galamsey’ kingpin, Aisha Huang, was arrested in 2017 for engaging in illegal mining. The 47-year-old Chinese national was later deported in 2019 by the government, a move which triggered questions about Ghana’s commitment to eradicating the menace.

Few days ago, news broke about the re-arrest of the ‘galamsey’ Kingpin in her residence at Kumasi for her alleged involvement in the sale and purchase of minerals without a license.

The announcement of her re-arrest and return to the country shocked many Ghanaians and has brought back the discourse on the country’s fight against ‘galamsey’.

Meanwhile, Mr. Osei Mensah described her return to the country as a threat to the nation’s security.

“The person was deported and has found her way back into this country, it is a serious issue. It is a special one and bothers on national security. At least we should know how she moved back into this country and some other aspects like who and who aided her to stay through because if she can come through without being recognised at the borders, it is a serious security threat,” he stated.

The Attorney-General, Godfred Yeboah Dame, has also requested for the docket on Aisha Huang since 2018.

“Attorney-General and Minister for Justice, Godfred Yeboah Dame, has called for the docket on En Huang, a.k.a. Aisha Huang, from the Police,” portions of the Ministry’s tweet on September 6, 2022 read.

Aisha Huang and three other accomplices; John Li Hua, Huang Jei and Huaid Hai Hun have all been remanded into lawful custody and will reappear before an Accra Circuit court on September 14, 2022.

All four Chinese nationals are facing a charge of mining without a license and engaging in the sale and purchase of minerals without a valid license.