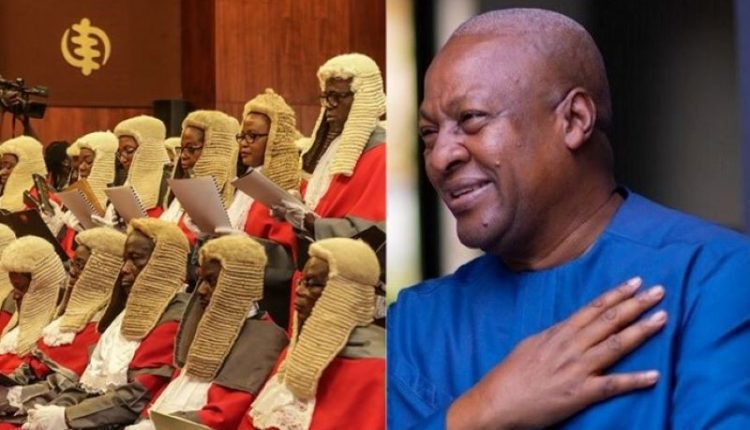 Judges and Magistrates have lamented what they say are unnecessary and unjustified attacks against their persons and the Judiciary.

Former President, John Mahama speaking at a gathering at the NDC’s Lawyers’ Conference on August 28 criticised the Judiciary and described it as a “broken image”.

There have been raging criticisms from other personalities of the opposition parties against the Judiciary with perceptions that the institution is a ‘Unanimous FC’; a coined term which connotes the collectiveness of thoughts in recent rulings of the apex Court.

However, speaking at the annual conference for Judges and Magistrates in Accra, President of the Association of Magistrates and Judges, Justice Henry Kwofie contended that such “unnecessary” attacks undermine the integrity of the Judiciary.

“You all recognise that the Judiciary as an institution and Judges, in general, have been the subject of quite a lot of rhetoric, attacks and judgement of our courts even judgements of the highest court of the land have been attacked and the Judges who delivered the same judgements have not been swerved either.

“In my view, impugning the motives of Judges is actually undermining the integrity of the Judiciary. As a result of these unnecessary and incessant attacks, the Association in the first for about three to four terms has come out to issue statements to correct the erroneous impression and deliberate misinformation and falsehood churned out against the Judiciary.”

Justice Henry Kwofie said judges are not against the public expressing their right to free speech in criticising judges as it is been preached.

“The Association must not be misunderstood to be against criticisms of Judges or the Judiciary. Criticism, if it is constructive, helps to improve any sitting and makes the various actors sit up but that is not what we are seeing lately in the press and the various social media,” he added.

The President of the Ghana Bar Association, Yaw Acheampong Boafo pledged the support of the Bar in protecting the reputation of judges and the Judiciary.

“The Judiciary is not perfect and infallible. However, the proper tools and methods for improving and correcting the work of the Judiciary are through constructive criticisms and superior arguments not acts that targets their personality, undermine their independence, being dishonor to the administration of justice and endanger their security and safety. I pledge the support of the Ghana Bar Association to uphold the noble profession and the honour and dignity that Judiciary deserves,” he said.