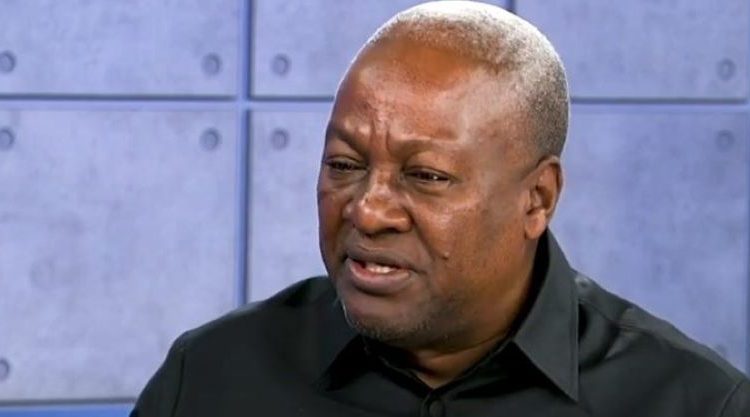 With expected cuts in expenditure as Ghana seeks a bailout from the International Monetary Fund (IMF), former President John Mahama wants the Presidency to clean up its house first.

In an interview with VOA Africa, Mr. Mahama said the Presidency needed to “show the way” in this regard.

“If the President himself is cutting the budget of government machinery, then everyone must be prepared to make a sacrifice.”

The Akufo-Addo administration has been criticized in the past for what has been described as reckless spending and questionable appointments under the Presidency.

Ghana is expected to present its programme to the IMF as it seeks $3 billion in support funds.

With this being Ghana’s 17th trip to the IMF, the Former President expressed hope that this will be the last time Ghana is seeking such support.

He stressed the importance of developing home-grown policies aimed at transforming the economy and equipping the youth.

But President Mahama also noted that IMF loans will not cure all economic ills because Ghana will still lack credibility on its own.

“You can implement a home-grown fiscal consolidated policy, but unfortunately, a lot of local and foreign investors will probably doubt that you can live by the promises that you make unless you have an institution like the IMF working with you.”

Officials of the IMF wrapped up the second visit to Ghana on Monday, following the conclusion of discussions on Fund support to the country.

The IMF is now working towards assessing Ghana’s debt sustainability.

The government intends to secure a deal with the IMF before the 2023 budget is prepared.