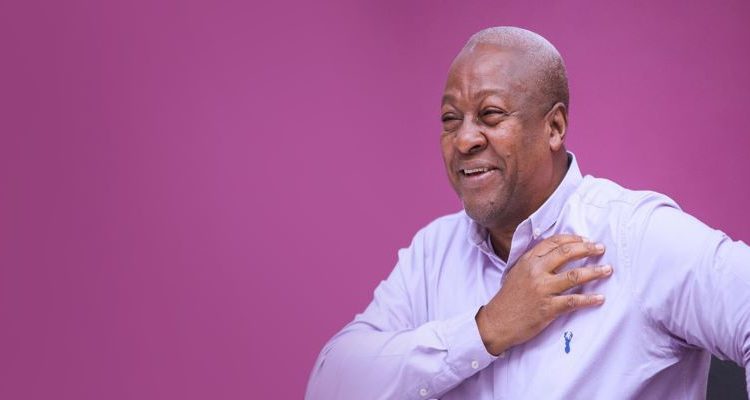 Former President John Dramani Mahama on Saturday assured the people of the Volta Region of the best development under the next National Democratic Congress (NDC) administration.

He said the region had great potentials in agribusiness and tourism and that the NDC administration would harness those potentials to optimise development.

“Volta deserves all it can get from an NDC administration and just as we have done before, we shall do it again for our beloved Region. I am personally committed to the development of the Volta Region,” he said.

Mr Mahama was addressing the chiefs and people of the Asogli State at the grand durbar of this years ‘Te Za’ (Yam Festival) in Ho.

It was on the theme: “Let’s Eschew Greed, Unite for Peace, Development, and Prosperity.”

Mr Mahama lamented delays  in the completion of projects his government initiated and promised to complete and operationalise same should the NDC assume power on January 7, 2025.

He said the Ho Airport was a project he was proud to have undertaken during his tenure and but for that infrastructure he would not have made it to the grand durbar in time as he was engaged in an equally important meeting in Accra.

‘People are criticising the reason underpinning the construction of the Ho Airport. But I am unwavering in the reason that underpin that infrastructure.”

The Volta Region was the best for the project just as it would have been for Wa or  Takoradi, he said.

Mr Mahama expressed appreciation to the chiefs and people for their continuous support to the NDC over the years.

He was full of praise for Togbe Afede XIV, the Paramount Chief of the Asogli State, for his boldness at fighting corruption, describing him as “One traditional leader, who stands by the truth no matter who gets angry.”

“You are a man of principle and conviction, we all admire you. Do not change, be yourself.”

Togbe Afede, on his part, said this year’s festival was extraordinary, with new features such as youth empowerment, anti-corruption, and summit of traditional leaders.

He said the nation had missed the dream of the self-rule of the founding fathers, and fallen to the rungs of high living cost, joblessness, and all forms of retrogression.

Togbe Afede blamed the challenges on greed and corruption and expressed the hope that the theme of the festival would help redirect thoughts towards nation building.

“The nation’s leadership must not solely focus on winning and retaining power, but seek to secure the development aspirations of the people,” he said.

Also in attendance were some diplomats including Madam Selma Ashipala-Musavy, Namibian High Commissioner to Ghana, Mr Sugangh Rajaram, the India High Commissioner, chief executives of corporate organisations, and a delegation of chiefs from Notsie, Togo, led by Togbega Dzidzorli X, among others.

Photos from one week observation of Hackman Owusu-Agyemang’s wife