The $35 million factory, built from an Indian EXIM Bank facility, has not worked since its commissioning in 2016.

The factory was revamped to revive the local production of sugar, thereby reducing the importation of the commodity.

But the story has been different.

The factory has failed to produce sugar and is currently rusting away.

The ruling New Patriotic Party (NPP) says that John Mahama failed to make arrangements for the provision of raw materials before proceeding to establish the factory. 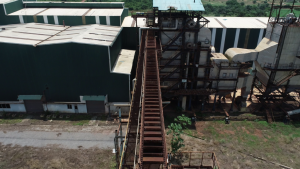 But John Mahama, responding to this, says that his government had a vision for the operationalisation of the factory.

According to him, the Indian government had prevailed on them to get the factory ready and later apply for funds to support the production of raw materials.

Speaking in an interview on Cape FM in the Central Region as part of his ‘thank you’ tour on Friday, Mr Mahama said that the current government has deliberately purposed against applying for the funds.

“I’m not that foolish to set up a factory and have no plan for the provision of raw materials. I knew what the vision was. It was to get the raw materials first, and when we start production, we would have already had a processing plant,” he added.

John Mahama says that if the National Democratic Congress is re-elected into office in the 2024 polls, it will ensure that the factory is operationalized, giving employment to many locals and reducing the country’s importation of sugar.

The government says negotiations are ongoing for private investors to take over the factory.

It says that the move is part of plans to revive the factory.