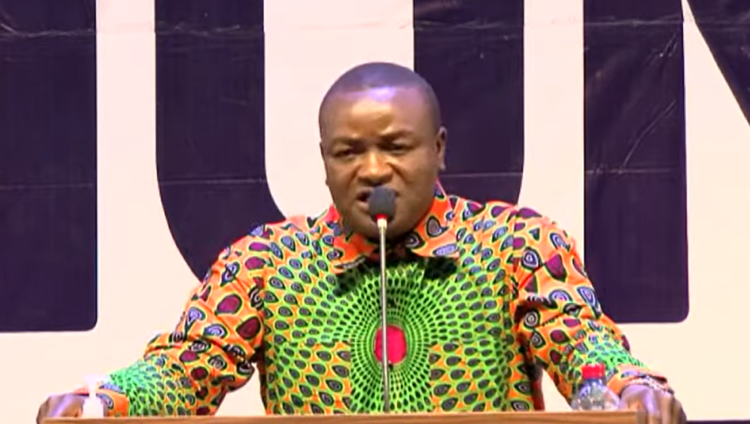 Founder and Leader of the All People’s Congress (APC) says the Ghana Card cannot be used as a legitimate document to verify Ghanaians’ citizenship and identity.

Hassan Ayariga, in a circular, said the official travel document accepted worldwide is the passport; hence, the move by government to digitalise the Ghana Card for international travels is unrealistic.

Vice President Dr Mahamudu Bawumia, delivering an address at the Ashesi University on Tuesday, announced that efforts are underway to get the International Civil Aviation Organisation (ICAO) to recognise the Ghana Card as an e-passport by the first quarter of next year.

When the process are complete, he said, an official ceremony would be held at the headquarters of ICAO in Montreal, Canada, to sign Ghana’s Certificate of Authority to recognise Ghana-Card as e-passports in ICAO countries.

“When this happens, holders of the Ghana Card will be allowed to board any flight to Ghana. Furthermore, the good news for diasporan Ghanaians is that when the Ghana Immigration Service is linked to the NIA architecture, diasporan Ghanaians who hold the Ghana card should not have to obtain visas to travel to Ghana,” Dr Bawumia added.

He wants the government to rather channel more efforts into digitalising the cedi to boost the economy.

“You will need a passport to enter any country, and definitely, a passport to return and not your Ghana Card. Please digitalise our cedi.”

“He should mention one country in the world that its citizens can enter Ghana or any other country with their ID Card. It is sad and amazing to hear our Vice President Dr. Bawumia say Ghana Card will be used in 197 [195] countries by 2022,” Mr Ayariga noted.

The Vice-President is spearheading government’s efforts in digitalising the country’s economy.

Various actions have been taken by government in transforming Ghana’s economy through digitisation.

Although these efforts have been commended by various groups and individuals, Keta MP, Kwame Gapkey, wants the government to tell Ghanaians the project’s cost.

Speaking in an interview with JoyNews on Wednesday, the legislator called on government to commit itself to improving infrastructure in the country.

Meanwhile, Madina MP, Francis-Xavier Sosu, says digitalisation is not the answer to the widespread economic hardship and mismanagement in the country.