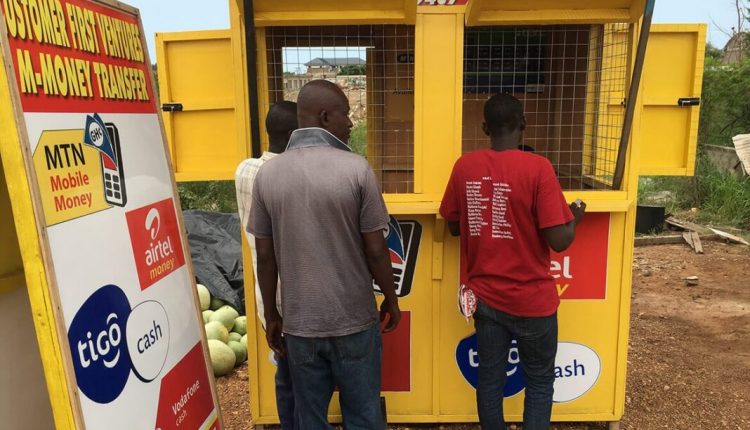 I prefer e-levy to gov’t going to IMF – Mahama

A former Presidential Candidate of the People’s National Convention (PNC) Dr Edward Mahama has said he prefers the government raising revenue through the e-levy to going to the International Monetary Fund (IMF) for support.

Dr Edward Mahama who was appointed Ambassador-at-Large by President Nana Addo Dankwa Akufo-Addo in his first term, said this on the First Take on 3FM with Dzifa Bampoh on Thursday May 12.

Asked about his view on the e-levy policy, he said ”If we solve our problems, I am for that than to go to IMF.”

E-Levy: If we solve our problems, I am for that than to go to IMF.

“I have hope in Ghana and if Ghana does well, we will all be good,” he added.

Finance Minister Ken Ofori Atta has insisted that Ghana would not go back to the IMF for support.

In his view, the IMF even knows that Ghana is completely in the right direction with regards to the internal measures and policies introduced to deal with the fundamental issues affecting the economy.

He explained that the Akufo-Addo government has put in place measures including salary cuts and others, and also programmes to deal with the fundamental issues affecting the economy.

Mr Ofori-Atta said these when he was asked by expatriate journalist whether Ghana would consider going back to the IMF, at a press conference in Accra on Thursday May 12.

He said while answering the question that “All the white folks are just interested in us coming in the IMF programme. I always wonder why.”

“We are members of the fund; there are two major points of interventions that we have from the fund. One being the advise that we get because of the phenomenal expertise that the fund has and then secondly, these programme interventions which bring us some resources.

“I think, if you see from the budget that we constructed for 2022 and the subsequent announcement that we have done, clearly, the issue of Ghana having the capacity to think through the consolidation exercise exist. Also discipline itself with regards to the 20 per cent, etc, that we have shown clearly.”

He further indicated that “We have committed to not going back to the fund because in terms of the interventions and policy we are right there, the fund knows that we are completely in the right direction. The issue is, validating the programmes that we have put in place and then, in my view, supporting us to find alternative ways of financing or re-financing our debt, reprofiling it.”

This is the umpteenth time he is ruling out a return to the Bretton Woods institution for support.

He had insisted that Ghana would not return to the IMF for support in order to deal with the challenges that the local economy is going through at the moment.

Speaking at the 3rd Townhall meeting on the E-levy on Thursday February 10, at the the Radache Hotel in Tamale in the Northern Region, he indicated that a return to the Bretton Woods institution will have dire consequences.

He also indicated that Ghana had the capacity to raise domestic revenue for development.

The government had been called upon to return to the IMF for support instead of relying on the proposed E-levy for revenue.

For instance, a former Member of Parliament for New Juabeng South, Dr Mark Assibey-Yeboah believed that a return would rescue Ghana’s struggling economy.

“Without a doubt, I think we should be placing a call to Washington if we haven’t really done that. We are just not going to ask for the funds just because E-levy has been passed or not. E-levy will just bring about GH¢5 billion. We are in a deep hole of our tax revenue and facing difficulties, so going to the Fund will give us some support.

“So there is nothing wrong with going to the Fund.  Ghana is a member of the IMF so what is wrong going to ask for support when we are in difficulties to go and pool resources.  If I was the finance minister, I will be convincing the President that it is about time we went back,” he told Citi.

Mark Assibey Yeboah also added that the revenue expected to be accrued from the E-levy is to ensure the economic stability government is eyeing.

He further cast doubt on the government’s ability to raise the projected GH¢6.9 billion target, saying the maximum the government can raise from the controversial e-levy is GH¢5 billion.

“The GH¢6.9 billion target cannot be realized. There are a lot of exemptions so, in my estimation, the maximum amount we can get from the E-levy is GH¢5 billion, and that is less than a billion dollars, so I do not think that the E-levy is going to be a panacea to our revenues. Going to the IMF will ensure some stability and above all, we are going to get some $3 billion”.

The General Secretary of the National Democratic Congress (NDC) Johnson Asiedu Nketia also made similar call to the government.

Asked whether President Nana Addo Dankwa Akufo-Addo should go to the IMF, while speaking on the New Day show on TV3 on Monday February 7, he answered “I think it is something that they have to consider. if it is the only that will take us out of this problem then the earlier the better.”

But Mr Ofori-Atta who had earlier stated that the government would not go back to the IMF insisted that “I can tell you, as my colleague deputy said, we are not going back to the IMF, whatever we do we are not [going back]. The consequences are dire, we are a proud nation, we have the resources, we have that capacity, don’t let anybody tell you … we are not people of short-sighted, we need to move on,” Mr Ofori-Atta said.