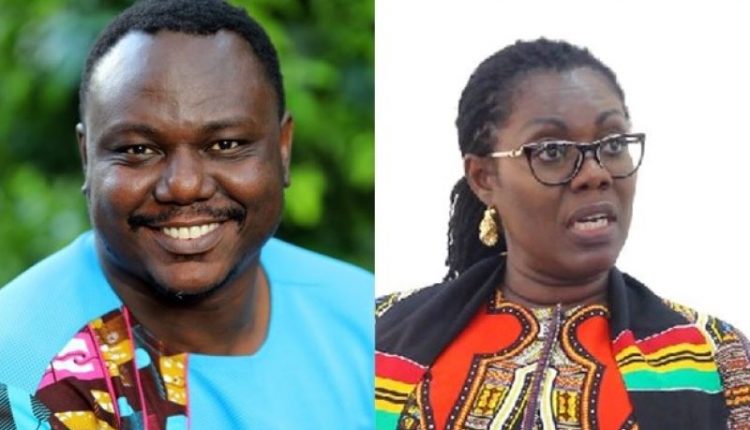 A policy analyst, Selorm Branttie has challenged the Minister of Communication and Digitalisation, Mrs. Ursula Owusu-Ekuful to block SIM cards on September 30, 2022 as she has threatened.

According to Mr. Branttie, the consequences of blocking SIM cards will be very far-reaching if Mrs. Owusu-Ekuful sticks to her guns.

It would be recalled that, speaking at a press briefing on Sunday July 31, the Communications and Digitalisation Minister, extended the deadline for SIM card re-registration from July 31, to September 30, 2022 “reluctantly”.

“Upon consultation with the industry and in view of the challenges enumerated above, I have very reluctantly decided to grant a conditional extension. The programme will be extended to 30th September to end on the anniversary of its commencement,” she announced.

This was followed by the blockage of SIM cards that had not been re-registered as at September 5 by the National Communication Authority (NCA).

In line with this, Mrs. Owusu-Ekuful on September 7, wrote in a Facebook post that, “At a subsequent press conference in September, the full scope of the sanctions will be revealed. If you suffer that fate as a result of your own inaction, kindly do not blame your service provider. To be forewarned is to be forearmed”.

Additionally, any SIM that has not yet been completely registered will be unable to use voice and Internet services. Afterward, using unregistered SIMs will be more expensive”.

In reaction, Mr. Selorm Branttie in an interview on Joy FM’s Super Morning Show on September 13, expressed doubt over the feasibility of implementing the September 30 deadline.

“Per how they have run this whole enterprise so far, it is not going to be possible that by September 30, we would have every Ghanaian who has a SIM card complying with this re-registration module. I am very curious to see what will happen after September 30,” he said.

Mr. Branttie therefore dared Mrs. Owusu-Ekuful to block unregistered SIM cards after September 30. He cautioned that the consequences will be chaotic, “And I double dare the Minister to go by her own words and see the kind of chaos that will happen in this country. I am saying chaos because you are talking about flirting with the fortunes of the service sector which contributes more than 45% of our GDP.

The MP for Ningo-Prampram, Mr. Sam Nartey George, who was on the same show, added his voice to the imprudence of implementing the September 30 deadline.

“A deadline in itself will not fix the problem. Deadlines will not produce the Ghana Cards. The National Security is minded by this. You see she tried to block SIM cards two days in the last week. The NCA, they issued a public statement, but when they were rescinding the decision to the Telco’s they did it Nicodemusly- in the quiet of the night. And now they are saying they are no longer blocking this week. I join Selorm to dare the Minister to block the SIM cards on 30th September,” he stressed.

Mr. Nartey George emphasised that the deadline is not feasible because the implications will be too consequential.

“If we have a national security apparatus in this country, they won’t allow that to happen. I can state on authority again, that the actions of the Minister do not just have implications for the service sector. It has implications for Ghana’s own conversations with the IMF as we speak. Because our internal revenue generations, the scenarios have been built and sent to the IMF that this is how much government rakes internally.

As we speak, the Minister of Communication has not engaged with the Ministry of Finance to look at what the effect will be on the IMF conversation. That’s why I am saying that the fact that we have a national security… unless they are asleep. They cannot sit back and allow the Minister. What she is doing is digital apartheid. And this is xenophobic in the digital space. The powers that she thinks she has, are regulated by Article 296,” he explained.

There’ll be no increment in transport fares on Monday – GPRTU