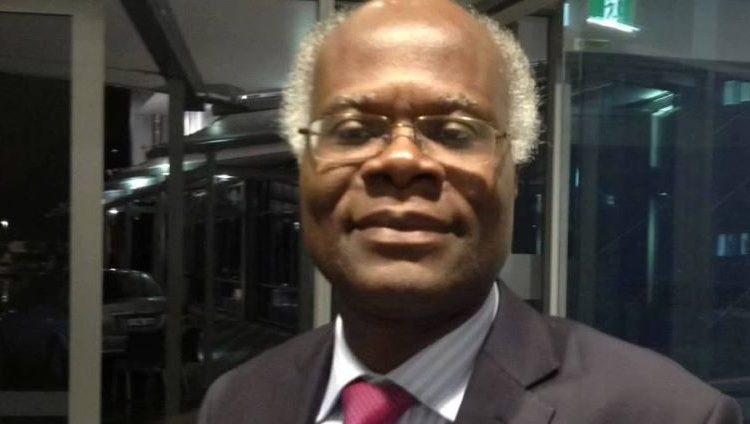 I buy fuel, MPs buy fuel; we’re suffering like you all do – K.T. Hammond to Ghanaians

MP K.T. Hammond has said legislators buy fuel like any ordinary Ghanaian and are also suffering the economic hardships.

The Chairman of the ad hoc parliamentary committee investigating Finance Minister Ken Ofori-Atta, against whom a censure motion has been filed by the minority caucus, made the comment on Thursday, 17 November 2022 to clear the air about media reports that he does not buy fuel because he does not own a car.

The jest comment was a response to fellow committee member Haruna Iddrisu, who had enquired from the committee co-chair if he had noticed the fuel price hikes.

He said: “We appreciate it, it’s been put on record many times, we all know what is going on, it’s not a matter anybody is running away from; we are all in it together, how we get out of it is also in the hands of all of us”, he added.

Mr Hammond made the clarification before the Public Interest Accountability Committee (PIAC) testified at the hearing.

PIAC insisted some $100 million of Ghana’s petroleum receipts that were paid into a different account other than the petroleum holding fund, flouted the laws of Ghana.

Its Vice Chair, Dr Abdul Nasir Alfa Mohammed, said: “We explored all the laws, in our opinion, that border around this issue and we still came to an independent opinion, which we stand by on any day, that those revenues ought to have formed part of the petroleum revenues of Ghana and ought to have been deposited in the petroleum holding fund and not in any other account”.

“So, for us, it was contrary to law for that money to have been deposited in any accounts, if at all”, Dr Mohammed said on Thursday, 17 November 2022.

The Petroleum Holding Fund (PHF) was established under Section 2 of the PRMA, as the designated public fund at the Bank of Ghana to receive and disburse petroleum revenue due the Republic of Ghana.

The PHF is held offshore at the Federal Reserve Bank of New York, as the Bank of Ghana Petroleum Holding Fund Account.

The gross receipts into the Petroleum Holding Fund are made up of the following:

Royalties from oil and gas, surface rentals and other receipts from petroleum operations and sale or export of petroleum;

Receipts from direct and indirect participation in petroleum operations by the government;

Any amount payable by the national oil company as corporate income tax, royalty, dividends, or any other amount due in accordance with the laws of Ghana;

Any amount received by government such as capital gains tax derived from the sale of ownership of exploration, development and production rights;

In September this year, the minority caucus in parliament noted with “serious concern” the “inability or refusal of the Akufo-Addo/Bawumia-led government” to account for over $100 million of oil funds that accrued to the state coffers concerning petroleum lifting in the first quarter of 2022.

In a statement dated Thursday, 29 September 2022, signed by Mr John Abdulai Jinapor, the ranking member of the mines and energy committee of parliament, the caucus said: “The decision by the current NPP government to transfer revenues accruing from about 944,164 bbls of crude lifting in the Jubilee and TEN fields to a company established in a safe haven (outside Ghana) without parliamentary approval, amounts to a gross violation of the Petroleum Revenue Management Act, 2011 (Act 815) and Public Financial Management Act (Act 921)”.

“We have become aware that following the acquisition of a 7-per cent interest in the Occidental (Oxy) transaction in respect of the Jubilee and TEN fields by the government, ostensibly for GNPC in 2021, the Minister of Finance has clandestinely ceded the shares to an offshore company known as JOHL (a company set-up in the Cayman Islands) in a very surreptitious and opaque manner”, the statement said.

The minority said it is “very much alarmed” that contrary to requirements of the PRMA, revenues accruing from the nation’s oil fields “are not being paid into the Petroleum Holding Fund (PHF), which has been confirmed in the 2022 semi-annual report on petroleum receipts by the Public Interest and Accountability Committee (PIAC)”.

“As if this is not enough, the report further reveals that Capital Gains Tax was not assessed and collected by the Ghana Revenue Authority (GRA) in the sale of the 7% interest by Anadarko in the Jubilee and TEN fields in 2021”.

“This NPP government is proving by the day, that the nation’s oil resources cannot be entrusted in their care because not long ago, the PIAC, under the chairmanship of Dr Steve Manteaw, accused them over their inability to account for about GHȼ2 billion of Ghana’s oil cash for the 2017, 2018 and 2019 fiscal years”, the minority added.

It said this is “surely another ‘Agyapa’ deal in the making and we, as a minority, will not sit aloof for this government to raid the national purse, especially at a time when the nation is struggling to raise much-needed revenues for critical expenditure”, noted the caucus.

The minority demanded that the Minister of Finance and the government, “with immediate effect, repatriate all such illegal transfer payments back into the Petroleum Holding Fund (PHF)”.

“Failure to comply with our ultimatum will compel the Minority to use the necessary parliamentary processes to haul the Minister of Finance to parliament for possible censure”.

However, the Chairman of the Mines and Energy Committee of Parliament, Mr Samuel Atta Akyea, said no $100 million oil money due Ghana was missing.

According to him, the money was used to settle upfront, a loan taken from the ministry of finance by GNPC Subsidiaries, to acquire a seven per cent stake in the TEN and Jubilee oil fields on behalf of the state.

In his view, therefore, even though administrative processes may not have been followed, in terms of lodging the money in the Petroleum Holding Fund (PHF), no harm was done to the state by the upfront payment of the loan taken by GNPC Subsidiaries using that quantum of petroleum receipts.

Mr Atta Akyea told Kofi Oppong Asamoah on Class91.3FM’s breakfast show on Friday, 30 September 2020: “Well, I think it’s a storm in a teacup because sometimes the impression is being given that the money has been spirited away”.

According to him, “there’s a whole debate, as to whether or not some money should be lodged in the petroleum holding fund, so, it’s an interpretation and accounting”.

The former minister of Works and Housing said his crosschecks show that “there was an opinion from the attorney general to the effect that they needn’t place the money in that account for the simple reason that there’s a seven-per cent equity acquisition in the TEN and Jubilee fields by GNPC Subsidiary and they didn’t have the money so the ministry of finance borrowed them the money so they do this acquisition; they are trying to improve the governmental stakes in these petroleum blocks”.

“When they [GNPC Subsidiaries] took the loan, they were unable to pay, so, they used the petroleum receipts due them to settle it, so, the ministry of finance took the money and paid for the loan upfront”, Mr Atta Akyea explained.

He said: “The sum of money, if you look at it, is equal to the seven per cent equity stake that the government, through GNPC Subsidiary has acquired. Let’s look at it from that perspective. So, when somebody is using his ingenuity to confer advantage and benefit to Ghana, ultimately, how can that be a problem?”

He continued: “Are we looking at the substance or the form? The sheer fact that the money was not lodged in the account but the money has been applied as it can be applied in the share acquisition to the benefit of Ghana”.

Mr Atta Akyea, who is the MP for Akim Abuakwa South in the Eastern Region, said: “My concern, with the greatest of respect, is that even if administrative processes were not followed, is there any disadvantage to Ghana when seven per cent shares have been acquired in the TEN and Jubilee fields?”

“That is the point of the matter. If administrative procedures were not followed, has it caused any financial loss to the state or it has helped us financially because if we are not careful, anything becomes political and propaganda”.

He added: “My joy is that no money has been lost to the state yet because we have gained. If there are any tax implications on this transition then they should be called upon to pay the tax”.