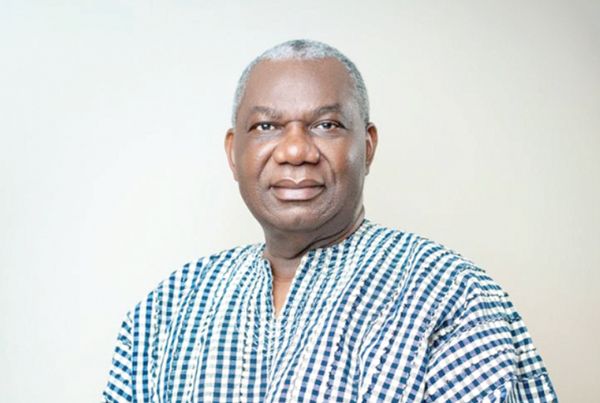 I am not on talking terms with Akufo-Addo – Boakye Agyarko

Mr. Agyarko was sacked by the President in 2018 over a power purchase agreement between the government of Ghana and the Africa Middle East Resources Investment (AMERI).

The first Energy Minister under the Akufo-Addo administration said on Asempa FM on Monday that his decision not to be on talking terms with the President is not based on hatred but rather he has learned to move on with his life.

“I do not have a relationship with him [President Akufo-Addo] now. No, I don’t. People get married for thirty years and they get divorced, don’t they? …Not because of hatred.

“Me, I will never let anybody bring me so low as to hate him. I don’t hate anybody, but there comes a time when circumstances make it that you go your way, you have to move on,” he said on Ekosii Sen on Monday, June 20.

When asked if President Akufo-Addo did not trust him, he said “he has to answer that, I trusted him.”

According to him, the last time he spoke to President Akufo-Addo face-to-face was over a year ago.

Speaking on how he was relieved of his post, Boakye Agyarko said “I was called by the Chief of Staff and she said that the President said he cannot work with me again. I said that is fine and I moved.”

Asked if he will accept an appointment to serve in President Akufo-Addo’s government, Mr Agyarko said he is currently focused on his presidential ambition.

In August 2018, Mr. Agyarko was dismissed by President Akufo-Addo following revelations that the renegotiated AMERI deal was fraught with corruption.

“President Akufo-Addo has asked Mr Boakye Agyarko to hand over his office to the Minister of Lands and Natural Resources, Mr John Peter Amewu, who will act temporarily as Minister of Energy, until a substantive appointment is made.

“The President wishes Mr Boakye Agyarko well in his future endeavours,” this was contained in the letter issued to sack Boakye Agyarko.

There is no food shortage in Ghana – Agric Minister