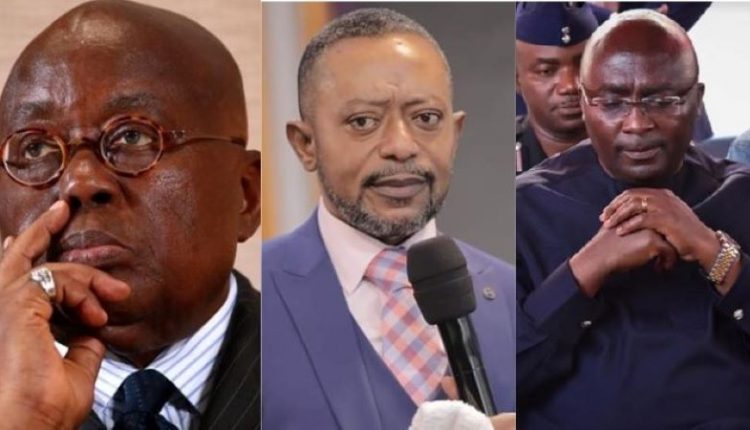 Founder and Leader of the Glorious Word and Power Ministry Rev. Isaac Owusu Bempah has threatened to speak out about how President Akufo-Addo became President, shaming the President during a live sermon session where he called out Akufo-Addo for being a hypocrite.

The President had apparently placed a call to Rev Owusu Bempah to wish him well on his birthday last week which the man of God celebrated in the Ashanti Region.

In a sermon over the weekend, Rev. Owusu Bempah called out the President and Vice President Mahamudu Bawumia for colluding with IGP Dampare to arrest and disgrace him.

“Afterwards, you call wishing me a happy birthday. You know what…. All your promises you failed to fulfil, yet you allow for me to be arrested despite being the one at the receiving end of abuse and hurled before the court… I was sent to Police hospital and while a drip was one me in a bed, I was handcuffed to the bed in the name of order from above. Akufo-Addo and Bawumia were in the know and Dampare was doing such things,” Rev. Owusu Bempah said.

“As for me, I am disappointed by Akufo-Addo, that order from above that caused me to be handcuffed to my bed at Police Hospital, it gave me shock and goosebumps”.

Rev. Owusu Bempah said it was a trap set for him which he failed to see at the time he went to the station to rescue his arrested pastors.

Will the Nintendo Switch Pro be released in early 2023? Here is the answer