The US House of Representatives passed a bipartisan bill today that aims to earmark up to $200 million in spending for drones use in wide-ranging inspections of the nation’s aging infrastructure.

House of Representatives bill 5315 calls for the increased use of drones for the inspection of critical infrastructure, and it took a major step toward eventual passage into law by clearing the lower chamber of Congress Wednesday in a 308 to 110 vote. The draft legislation was introduced last year as a precursor to the identically named Drone Infrastructure Inspection Grant Act (DIIG) tabled by bipartisan sponsors in the Senate as a companion proposal last month.

Sponsored in the House by Arizona Democrat Greg Stanton, the legislation would free up $100 million in competitive grants for the deployment of drones in conducting critical infrastructure inspection, maintenance, and construction projects. In a nod to the current geopolitical and diplomatic tensions of the times, however, both versions of DIIG stipulate UAVs must be US-made to qualify for inclusion under the initiative.

Both bills additionally earmark another $100 million for workforce training and education programs of pilots and technicians that will be needed to effectively perform drone infrastructure inspection missions and to analyze data collected from them. 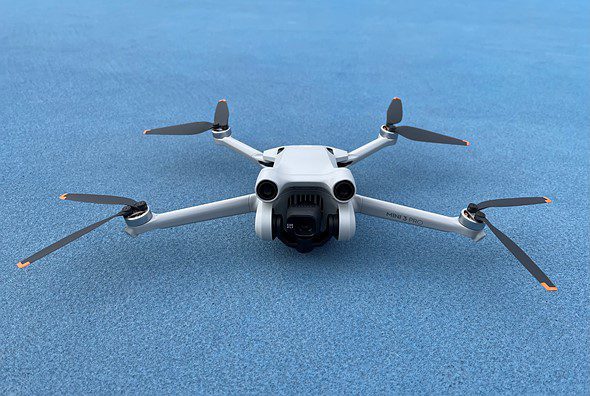 Stanton noted that many states, tribes, and municipalities already use drones to supplement and enhance human inspections of infrastructure that includes bridges, roads, dams, and electric substations. Deployment of the craft is also rising for surveying highways and other public lands; combating wildfires; and monitoring the recovery of natural disaster areas.

Despite that, Stanton said in urging passage of DIIG that even the increasing levels of drone use in infrastructure inspection lag behind the faster rising urgency of the work still needing to be done.

“There’s a nationwide backlog for critical infrastructure inspections –and it’s because traditional methods are often time consuming and expensive, and can even be dangerous,” said Stanton. “Using a drone to inspect infrastructure in hard-to-reach places ­– such as underneath bridges – can speed up the inspection process, is safer for workers, and can help save states and local transit agencies money. I’m grateful to my colleagues for their support and look forward to passing this common-sense, bipartisan bill through the Senate.”

Although opposition to DIIG has been voiced in both chambers by some conservatives objecting to the increased government spending it would entail, the twinned bills have a good chance of becoming law in the months to come.

In addition to enjoying general support across the political divide, the legislation is vocally supported by influential groups that include the US Chamber of Commerce, National League of Cities, National Council of State Legislatures, American Association of State Highway and Transportation Officials, and the Commercial Drone Alliance and Association of Unmanned Vehicle Systems International.

“It’s inconceivable that COCOBOD is in financial crisis”, it should be profiting from exchange rate depreciation – IEA Research Director