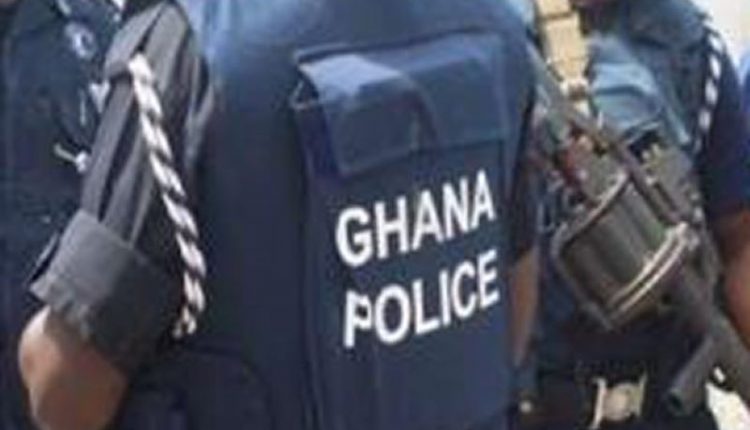 Police in Duayaw Nkwanta in the Tano North Municipality of the Bono Region are on a manhunt for men who attacked and inflicted bodily wounds on two Policemen for the release of two miscreants they arrested.

A Police situational report sighted by MyNewsGh.com indicates that machete-wielding hoodlums numbering about 15, had earlier attacked the residence of the Chief of Adrobaa, a drug store and two other houses.

Following the attack, machete wounds were subjected on occupants of the residence after which they escaped from the scene

One Police Corporal Philip Sion and Constable Bernard Amoah upon getting wind of the attacks rushed to the scene. While on their way to the scene at Adrobaa, they spotted the machete-wielding young men who were riding at top speed towards Terchire.

The Police suspected that these young men could be part of the people who attacked the Chief’s Palace and therefore decided to stop them but they defied the Police and sped off.

The Police gave them a wild chase and captured them some 200 meteres close to the Terchire Police station and handcuffed them. A few minutes after they were arrested and handcuffed, thirteen young men came to the scene and demanded the release of the two arrested young men but the Police stood their ground and insisted they will not release the arrested suspects.

A scuffle ensued between the Police and the thirteen men and unfortunately, Police Corporal Philip Sion discharged his firearm on one of the men. He was attacked by the thirteen men. The Police officer was hit on the back of his neck with a club and fell and he was pounced on whiles Constable Bernard Amoah struggled with others over the release of the two handcuffed men.

Sensing danger, the Police ran for cover to the Terchire Health Center where they received treatment.

Meanwhile, when a reinforcement team arrived from the District Command, it combed through health facilities in the area where they met one of the suspects called Bilari Fuseini receiving treatment while Mutakiro Fuseini had been pronounced dead.

Police are currently on a manhunt for the remaining suspects.

Doctors to push for salaries pegged against dollar in future negotiations