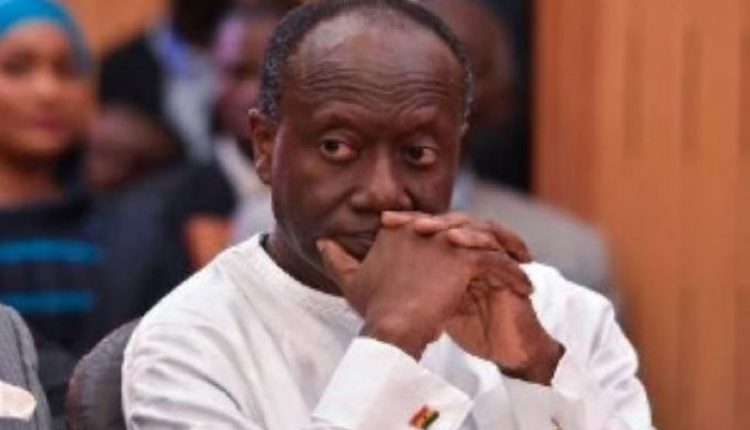 The 98 disgruntled New Patriotic Party (NPP) MPs who threatened to boycott the presentation of the 2023 budget have asked President Akufo-Addo to honour his part of the bargain.

According to them, Ken Ofori-Atta’s position as Finance Minister in government has become untenable, thus their demand for his resignation or sack.

However, President Akufo-Addo appealed to the NPP MPs to allow Ken Ofori-Atta to stay in office until the IMF negotiations and the 2023 Budget statement is presented.

He made this appeal in a crunch meeting with the MPs at the Jubilee House.

Subsequently, the national leadership of the party also in a meeting at the Alisa Hotel on Tuesday, November 22, asked the MPs to respect the President’s plea.

But the group are now asking President Akufo-Addo to honour his part of the agreement following the budget presentation.

According to their spokesperson, Andy Kwame Appiah-Kubi they have done their part of the bargain.

“The budget is the budget of the president but pursuant to our position, we agreed with the president to respect a roadmap to address our request and that means that when we get to the end of it, the president will also perform what we asked him to do.”

He added that it is time for the President to honour his part of the bargain.

“We agreed with our president to wait till ABC is done, and we agreed to do that, and now we expect the President also to honour his part of the roadmap.”

Meanwhile, in a related development, a former Board Chairman of the Ghana Revenue Authority (GRA), Professor Stephen Adei has expressed his displeasure over their demand.

According to him, there are better ways to handle issues relating to his impeachment rather than tarnish the hard-earned reputation of Mr Ofori-Atta.

“Our leaders [Members of Parliament] must be very careful when they want to impugn the person’s integrity and almost brand him as a thief. I have no doubt at all that Mr Ken Ofori-Atta has more integrity than 99 per cent of all politicians I know in Ghana,” Prof Adei said.