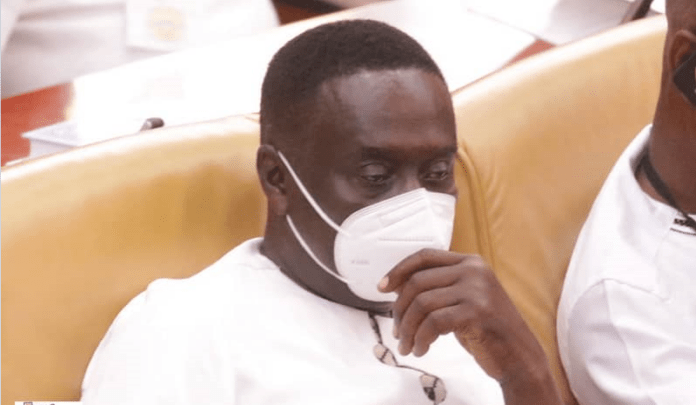 Restrained Member of Parliament for the Assin North Constituency, James Gyakye Quayson has filed a supplement to his statement of case at the Supreme Court following a directive by the apex court.

The document was filed by his counsel, on July 13, 2022, led by celebrated lawyer, Tsatsu Tsikata.

Mr. Quayson’s lawyers have written to the registrar to have the case listed before the legal vacation because of the implications on representation in Parliament.

The embattled legislator, among other things, insists that the Supreme Court lacks jurisdiction to entertain a writ seeking to invalidate the Assin North 2020 parliamentary elections.

“The broad ground of the application to strike out the writ is that this court lacks jurisdiction as determined by previous decisions of this court”, the Supplement Statement of Case indicated.

The statement noted that article 99 of the Constitution and section 16 of the Representation of People Act (PNDCL 284) note that there is no jurisdiction to entertain a suit that invalidates the results of a parliamentary election.

The Assin North MP had been given 14 days to file a supplement to his statement of case by the Supreme Court, but filed the document a day after the directive.

The Supreme Court had scheduled July 27, 2022, to settle Mr. Quayson’s attempt to temporarily halt proceedings at the Court of Appeal.

It dismissed his application for Stay of Proceedings at the Court of Appeal in Cape Coast.

The Supreme Court in April 2022 restrained Mr. Quayson from representing the people of Assin North until the final determination of a pending substantive case that avers that he held dual citizenship at the time of filing his nomination forms to contest in the 2020 elections, contrary to law.

This decision was taken in a petition brought before the Supreme Court by Michael Ankomah-Nimfa, a resident of Assin Bereku in the Central Region.

Mr. Ankomah-Nimfa had earlier secured a judgement at the Cape Coast High Court overturning the election of Mr. Quayson as null and void, but the embattled legislator ran to the Court of Appeal to have the decision set aside.