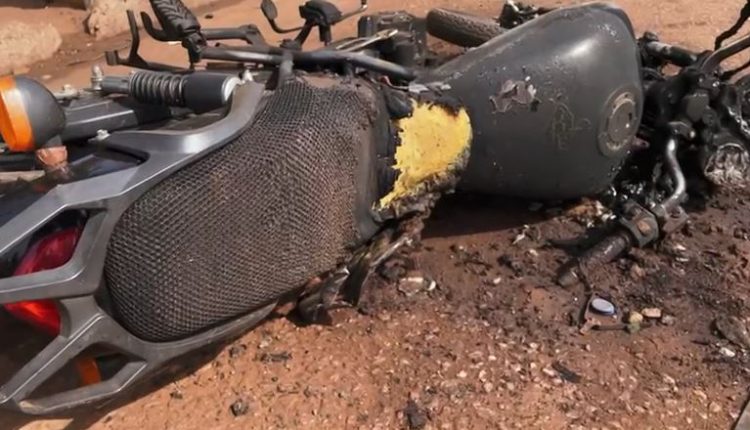 The police have launched a manhunt for fifteen gunmen who attacked the Dakpema Chief’s palace in Tamale on Monday dawn.

Five people including the Dakpema Chief, Naa Bawa Fuseini, sustained injuries and are being treated at the Tamale Hospital.

The gunmen reportedly stormed the palace at about 5 am.

The Dakpema chief upon hearing the gunshots reportedly went out to enquire what was happening and the gunmen were said to have fired at him. He was hit in the leg.

Among the injured are two females and two men, one, a sub-chief.

The gunmen according to eyewitnesses were in masks when they attacked.

Bloodstains and bullet holes are visible on the walls of the palace.

There have been some tensions in Tamale between the Dakpema Palace and Gulkpe Naa Palace over who is the chief of Tamale for some time now.

Whilst the Dakpema Chief claims the title of Chief of Tamale, the Gulkpe Naa holds the same position.

This has led the Overlord of Dagbon to issue a statement outlining the duties of the two palaces.

The Crime Officer of the Northern Regional Police Command, Superintendent Bernard Baba Ananga, in a radio interview with Accra based Citi FM said:

“Just this morning our attention was drawn to a shooting incident at the Dakpema Chief’s Palace and which we had information that the chief was hurt among five others.

“So we quickly mobilised, proceeded to the place, our night duty men on patrols, heard the gunshot and quickly moved to the area and when they got there, the people had already left the scene and we saw bullet holes on the palace and we moved to the Tamale Teaching Hospital to visit the injured.”