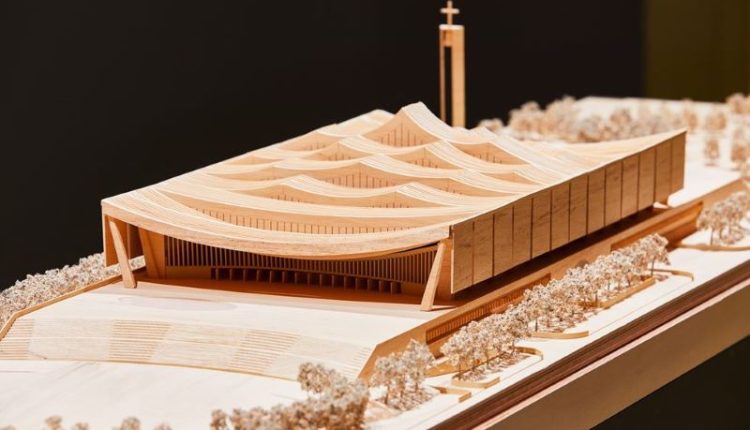 The amount includes a total of GH₵113 million paid to the Consultant, Sir David Adjaye and GH₵225 million paid directly to the Secretariat for the construction of the project.

Speaking after President Akufo-Addo paid a working visit to the construction site on Monday, January 2, 2023, Dr Opoku Mensah also dismissed reports that the secretariat has misappropriated funds allocated for the project by the state.

“For purposes of clarity, I want to report a verbatim memo I sent on this issue dated 19th January 2022 and addressed to the Clerk of Parliament. The indication was that the government has given us GH₵339 million, and we could account for GH₵225 million leaving GH₵114 million missing.

“Here, I quote what I wrote to the Clerk. As we indicated to the Committee on Thursday, December 15, 2022, the total amount paid by the Government of Ghana to the National Cathedral project is GH¢339 million. This total is made up of the following: the amount paid directly to the National Cathedral Secretariat is GH₵225 million. The amount paid directly to the Consultant, Adjaye Associates & Design Team is GH₵113.040.54.67 million The two payments total GH₵339.003.064.86.”

“So, there are no missing funds that could not be accounted for. Secondly, the detailed account for these funds was provided to Parliament on December 15, 2022, by the Secretariat. In the case of the accounting from the Secretariat, this involves among others, total payments made to the contractor, and total payments made to the Bible Museum and Biblical Gardens Design Team.”

Meanwhile, President Akufo-Addo has once again reiterated his commitment to ensuring the completion of the National Cathedral project despite the numerous criticisms.

Akufo-Addo said with support from the Christian community the promise he made to God will be fulfilled and the National Cathedral will be completed.

The President was speaking after he visited the construction site of the stalled project and made a donation of GH₵‎100,000.

“As I have said before, the National Cathedral will not just be another monument adorning the skyline of Accra, it will be a rallying point for the entire Christian community to come together and worship… I am therefore committed to working with the Board of Trustees to ensure the completion of this project to the glory of God.”

The National Cathedral project has seen a lot of controversies, as many Ghanaians continue to question the prudence of the state financing an edifice that is said to be President Akufo-Addo’s personal pledge to God.

But President Akufo-Addo has been unwavering in his resolve to build the National Cathedral in Ghana.

In the 2023 budget, GH¢80 million was allocated to fund the project despite the current economic crisis.

However, Parliament voted against the approval of budget estimates of GH¢80 million for the construction of the National Cathedral for 2023.