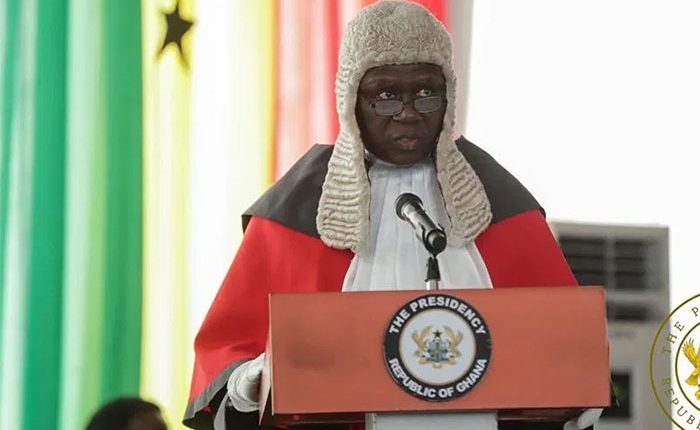 The U.S. Department of State’s 2021 Annual Country Reports on Human Rights Practices released on 12 April 2022 has said: “While the constitution and law provide for an independent judiciary, the judiciary was subject to unlawful influence and corruption”.

“Judicial officials reportedly accepted bribes to expedite or postpone cases, ‘lose’ records, or issue favourable rulings for the payer of the bribe”, the report said.

It said a judicial complaints unit within the Ministry of Justice headed by a retired Supreme Court justice addressed complaints from the public, such as unfair treatment by a court or judge, unlawful arrest or detention, missing trial dockets, delayed trials and rendering of judgments, and bribery of judges.

The report, however, noted that the government “generally respected court orders”.

Read excerpts of the report on the judiciary below:

The constitution and law provide for the right to a fair hearing, and an independent judiciary generally enforced this right.

Criminal hearings must be public unless the court orders them closed in the interest of public morality, public safety, public order, defence, the welfare of persons younger than age 18, protection of the private lives of persons concerned in the proceedings, and as necessary or expedient where publicity would prejudice the interests of justice.

Defendants are presumed innocent and have the right to be informed promptly and in detail of charges against them, with free assistance of an interpreter as necessary.

Defendants have the right to a fair and public trial without undue delay, but trials were often delayed.

Defendants have the right to be present at their trials, be represented by an attorney, and have one provided at public expense if unable to pay. Most indigent accused persons, however, represented themselves in court.

The Legal Aid Commission represented some defendants in criminal cases. Although the law provides for a Public Defender Division, the government did not establish it.

Defendants also have the right to adequate time and facilities to prepare their defence, present witnesses and evidence, and confront prosecution or plaintiff witnesses.

Military personnel are tried separately under the criminal code in a military court.

Military courts, which provide the same rights as civilian courts, are not permitted to try civilians.

Village and other traditional chiefs may mediate local matters and enforce customary tribal laws dealing with such matters as divorce, child custody, and property disputes.

Their authority continued to erode, however, because of the growing power of civil institutions, including courts and district assemblies.