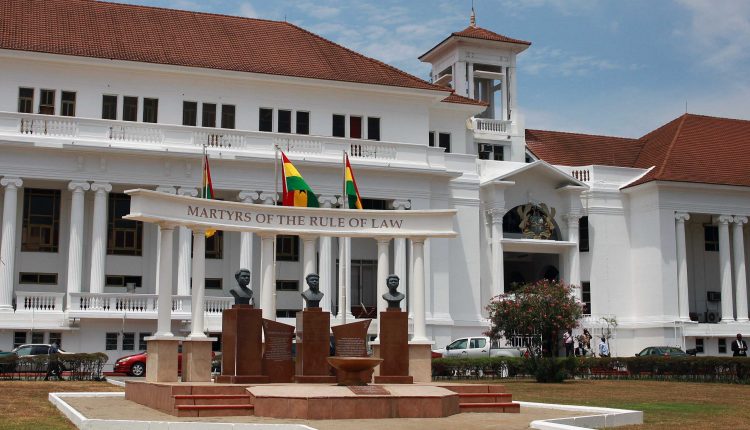 The apex court panel of seven presided over by Justice Nene Amegatcher in a unanimous ruling said “greater hardship” will be caused to the Ghanaian if the Electronic Transfer Levy (E-Levy) is injuncted.

In the unanimous ruling the court said, Greater hardship will be caused to the General public than if granted and subsequently dismissed the application.

The court said “the balance of hardship tilt in favour of respondent” and the application is dismissed.

The court, however, directed the GRA to keep accurate transfers of proceeds received so that, after the substantive hearing no one is disadvantaged if the decision goes in favour of the Applicants.

The Minority Leader Haruna Iddrisu and two of his colleague MPs of the minority caucus filed the application at the Supreme Court to stop the Ghana Revenue Authority (GRA) on April 19 from collecting the controversial E-levy which started on May 1, 2022.

Moving the application on Wednesday May 4, counsel for the Plaintiffs Lawyer Edudzie Tamakloe said, an irreparable damage would be caused to Ghanaians if the process is not halted.

He also contended that, at the time of the passage of the E-Levy only 136 were present which was below the 138 needed for the passage despite the records being corrected on March 31, to 137.

Counsel argued that, a member who was in the premises but was not in Parliament was counted subsequently.

According to the AG, the application has no cause of action and no factual statistics have been filed in the court regarding March 29 proceedings in Parliament.

The AG argued that, the Application, has no basis and should be dismissed especially when the bill has now been passed into a law.

The MPs had earlier filed a writ challenging the quorum that passed the controversial law.

But, their attempt to stop its implementation has failed.

In a motion notice for an application for interlocutory injunction filed at the Supreme Court on Tuesday,  April 19, 2022, the NDC MPs want government  restrained from commencing with the implementation of the Levy until the determination of the substantive suit before the Honourable Court.

“Therefore, it is judicially prudent that the Government of Ghana through the Ghana Revenue Authority or its officers and agents are restrained from commencing with the implementation of the Levy until the constitutionality of the passage of the Electronic Transfer Levy Act, 2022(Act 1075) is determined.”

The plaintiffs again contend that, “there are serious and weightier constitutional matters for the Honourable Court to determine, therefore, it is just and convenient that the implementation of the Levy by the Ghana Revenue Authority is temporarily frozen by the Honourable Court.”

“That unless the Ghana Revenue Authority is restrained, a subsequent nullification of the passage of the Electronic Transfer Levy Act, 2022(Act 1075) by the Honourable Court cannot restore the status quo.

“That if the Government of Ghana is not restrained from commencing with the implementation of the Electronic Transfer Levy and there is a subsequent nullification of the passage of the Electronic Transfer Levy Act by the Honourable Court, the Plaintiffs, millions of citizens of Ghana and other persons may engage in multiplicity of suits all over the country to retrieve moneys that Government obtained through a law declared to be unconstitutional. This will lead unnecessary expenses in litigation and also a nuclear meltdown in the administration of justice.

“That the Government of Ghana does not stand to suffer any irreparable harm and or inconvenience if the Ghana Revenue Authority is restrained from proceeding to implement the collection of the levy until the determination of the substantive suit.

“That the Plaintiffs having raised an allegation of a breach of the Constitution in the passage of the Electronic Transfer Levy Act, 2022(Act 1075), in order to avoid an incalculable damage, injury and inconvenience not only to the people of Ghana but as well as undermining the Constitution which is the supreme law of the land, the justice of the case demands that the implementation of the Electronic Transfer Levy Act, 2022(Act 1075) is put on hold until the final determination of the instant suit.