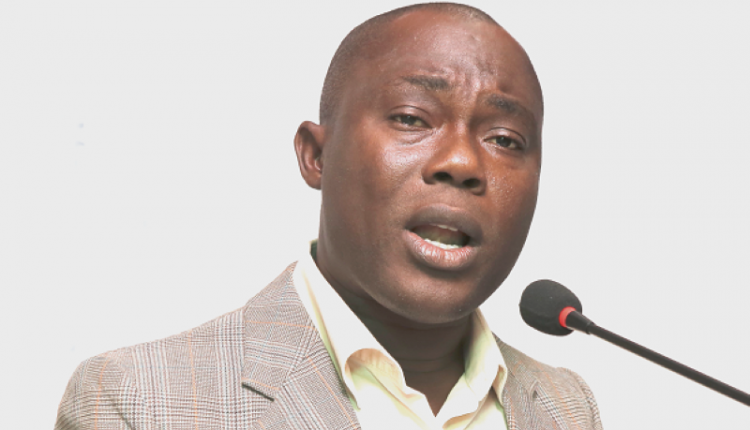 A political science lecturer at the University of Ghana, Prof Ransford Gyampo, has warned that the country will be ‘ungovernable’ if government accepts any IMF conditionality that freezes wage increment.

In a Facebook post on Saturday, he stated that labour unions would be opposed to any policy, that does not guarantee an upward review of their wages next year.

In the statement, he disclosed that he is yet to fully communicate his thoughts on government’s decision to seek support from the IMF, as against previous indications that it would not resort to the Fund.

“Will write my thoughts about this IMF U-Turn later. But I warn that, labour won’t tolerate any IMF conditionality that freezes wage increment next year. Government must keep its promise, regardless. Else Ghana will be ungovernable”, he stated.

Prof Gyampo comments were in reaction to government’s decision to fall on the International Monetary Fund (IMF), for fiscal direction amidst the country’s dwindling economy.

Speaking to Myjoyonline.com on the back of his Facebook post, he explained that, if government fails to heed the calls for increments from labour unions, it may lead to strike actions which may affect the smooth governance of the country.

In his clarifications, he also expressed worry over government’s haste in shifting away from the prospects of the E-levy and moving to the IMF.

On this note, he explained that every new government policy is bound to experience some level of rejection at its initial stages.

He believes authorities should have exercised some patience, before defecting to the IMF for help.

Professor Gyampo’s comments add to the scores of citizens who have decried government’s move to seek respite from the Fund.

Dr Afriyie Akoto rather wants Ghanaians to be concerned with the conditionalities that will come with Ghana’s engagement with the Fund.

The move has generated mixed reactions and controversy.

Dr. Afriyie Akoto is however calling for calm with the belief that the IMF conditionalities will be favorable to all Ghanaians.

“Ghanaians should calm down and wait for the terms that will come out of our engagement with the IMF and they will realize it will be favorable for the people of this country”.

Speaking to Nhyira FM’s Kwadwo Jantuah on Kukurantumi, Dr. Akoto said it is not strange for Ghana to seek advice from the IMF.

“Ghanaians will soon praise us for going to the IMF. The IMF is not a stranger that we are going to beg, we are prominent African member of the Fund and they are there to advise the government. The president in his wisdom has decided it is about time we spoke to them and we are going to speak to them. The terms we will bring is the most important thing,” he added.