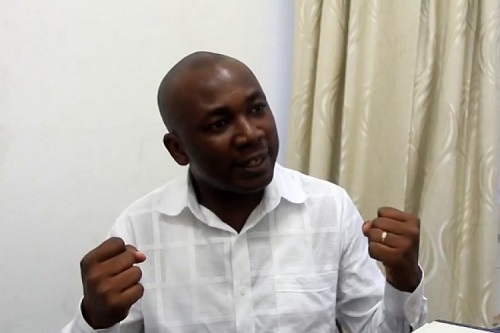 Ghana may have no choice but to go to IMF in an ambulance – Prof. Bokpin

Finance Lecturer at the University of Ghana Business School (UGBS) has warned that Ghana’s economy will be severely battered and may have to seek policy credibility from the International Monetary Fund (IMF).

According to him, the economy is on the verge of collapse as the country’s debt stock hits high distress levels as well as the Services and Income Account records a huge deficit.

Speaking to the host of PM Express, Evans Mensah, Tuesday, the finance expert opined that the only factor keeping Ghana from going to the IMF has to do with the cedi depreciation.

“If you look at the template that Ghana sent to the IMF in 1965 under the watch of Dr Kwame Nkrumah which is a reflection of what happenings over the years. There’s only one thing left which is keeping us from going to the IMF right now and that has to do with the depreciation of the cedi.”

Although not sustainable, Prof. Bokpin said the Bank of Ghana may use its Monetary Policy by drawing down its foreign reserves in order to stabilise the cedi.

Prof. Bokpin reiterated that the current debt situation could worsen by the end of September if proper interventions are not implemented.

Although Ghana has since 2017 recorded a year-on-year trade surplus, the cedi continues to depreciate at an alarming rate.

“The effect of that [Bank of Ghana burning its foreign reserves] is beginning to show on the cedi and what will happen now is that everybody is waiting to see to what extent can Bank of Ghana defend the cedi with their international reserves.”

“This was what we did in 2014 and somewhere in the middle of 2014, our net international reserves could only cover like 2 months of imports. When it gets to that point, you will have to make a call to the IMF,” he added.

He further indicated that the local currency will continues to depreciate due to the lack of predictability of the 2022 Budget.

The Finance Expert is of the view that government has failed in outlining a clear fiscal sustainability path in the 2022 financial statement that gives comfort and confidence to investors.

Prof. Bokpin, however, called on the Finance Minister to as a matter of urgency make certain revisions to the 2022 Budget in a bid to give some level of assurance and prevent the economy from a total collapse.