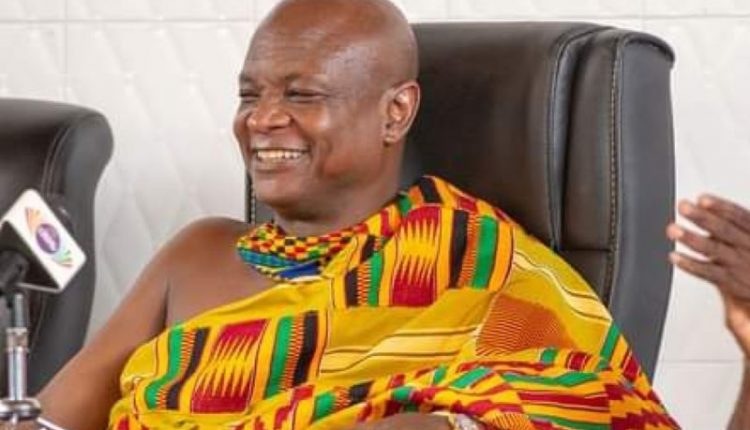 Ghana has nothing to show for natural resources, huge borrowings – Togbe Afede

The Agbogbomefia of the Asogli State, Togbe Afede XIV, has bemoaned Ghana’s inadequate infrastructural development despite its ballooning debt stock.

He is concerned that although the country is heavily indebted, there is too little to show for the country’s borrowing.

Addressing the gathering at the grand Durbar to climax the 2022 Asogli Yam Festival in Ho, Togbe Afede XIV, says, the economy of the country has been exposed by COVID-19 and the Russia-Ukraine war.

“Our economic problems predate COVID-19 and the Russia-Ukraine war. We are lucky to have so much – 30 percent of all mineral resources in the world, so much of the world’s arable lands, yet we cultivate so little to the world’s output, and we remain poor, and the worst part is that, we are so much indebted.”

He says the huge sums of money Ghana has accessed have not translated into the needed infrastructural development Ghanaians deserve.

“More worrying is the fact that, with a lot of debt, we cannot tell what that has done for us. So we still lack a lot of the basic facilities; poor roads. From Accra to Ho and Ho to Aflao, we know how bad the road is. Many of these roads used to be very good. If they were good and are now bad, then it means that we have retrogressed as a country.”

This year’s Asogli Yam festival which is on the theme “Let’s Eschew Greed, Unite for Peace, Development and Prosperity” started on the 6th of August 2022.

Speaking at the same event, former President, John Dramani Mahama said the Akufo-Addo-led administration has failed in the fight against corruption.

His comment comes on the back of infractions cited in the 2021 Auditor General’s Report.

The former President, John Dramani Mahama said the country is confronted with major challenges and needs to eschew greed to foster development.

He noted that, self-centredness has been eroded despite the strong foundations laid by our forefathers.

“The NPP government has completely lost control of the fight against corruption. President Akufo-Addo in his inaugural address promised to protect the purse. Today, that public purse cannot be found. Revelations in the Auditor General report for 2021 is only a microcosm of the seeming institutionalization of corruption under this administration”, he lamented.