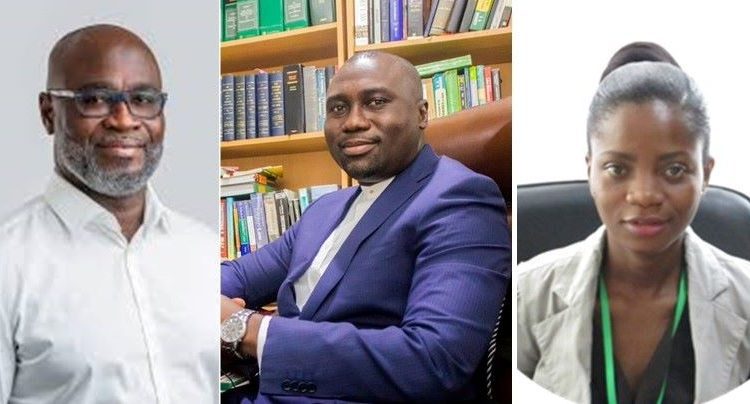 The board of directors of the Gaming Commission, chaired by private legal practitioner Gary Nimako, has suspended the Games Commissioner, Peter Mireku and the head of legal, Ms Gifty-Rita Amoah, for breaching procurement processes of the Commission.

Mr Peter Mireku, the Games Commissioner on the other hand, has been suspended for a period of two months commencing 20 December 2022 and terminating on 19 February 2023. He will resume work on Monday 20 February 2023.

According to the letters of suspension dated 16 December 2022, signed by Kofi Adu-Peprah on behalf of the board and copied to the Chief of Staff, Madam Akosua Osei Opare, Attorney General, Godfred Yeboah Dame, Minister of the Interior, Ambrose Dery and the board chairman Gary Nimako Marfo, the two affected officers are to hand over to their deputies.

“Reference is made to the Attorney-General’s advice by letter No. D19/SE.177 dated 2nd September, 2022 in respect of the Gaming Administration and Monitoring System’s (GAMS) purported contract between the Gaming Commission and Turfsport Ghana Limited.

“Upon deliberations of the Board, it has been unanimously agreed that, you should be sanctioned for your involvement in the procurement process for the stated breaches, as advised by the Attorney-General” the letter addressed to the head of legal, Ms Gifty-Rita Amoah read.

“The Board has also noted with dismay your refusal and/or neglect to respond to the letter dated 28 November, 2022 requesting you to furnish the Board with your written response to the procurement breaches cited by the Attorney General.

“The Board has unanimously resolved to suspend you from duty for a period of three (3) months without pay for your role in the impugned procurement process” the letter further read.

In a similar vein, the suspension letter addressed to the Games Commissioner, Peter Mireku also read as follows; “Upon deliberations of the Board, it has been unanimously agreed that, you should be sanctioned for your involvement in the procurement process for the stated breaches, as advised by the Attorney-General”.

“The Board has unanimously resolved to suspend you from duty for a period of two (2) months without pay for your role in the impugned procurement process. Note that, you will neither be paid salary nor allowances for the period” the suspension letter of the Games Commissioner read.

The Gaming Commission is a body corporate, established by the Gaming Act 2006 (Act 721), with the main purpose of regulating, controlling, monitoring and supervising the operation of games of chance in this country.

The Commission is also responsible for issuing licences to all gaming operators and permits to companies and individuals who wish to run promotions with elements of games of chance.