The Samsung Galaxy Book 3 Ultra laptop has been spotted on the Bluetooth SIG certification website ahead of launch. Samsung unveiled a few laptops at the recently concluded Mobile World Congress 2022. These include Galaxy Book Go, Galaxy Book 2 Business, and the Galaxy Book 2 Series. Samsung made its foray into the Indian market in March with the aforesaid laptops. Now, it looks like Samsung is on the verge of unveiling its next-generation laptop lineup. The first device in the upcoming Samsung Galaxy Book 3 series has bagged the Bluetooth SIG certification. Notably, the listing confirms the moniker of the device and suggests the series has something new to offer. The upcoming Samsung laptop carries the moniker Samsung Galaxy Book 3 Ultra. 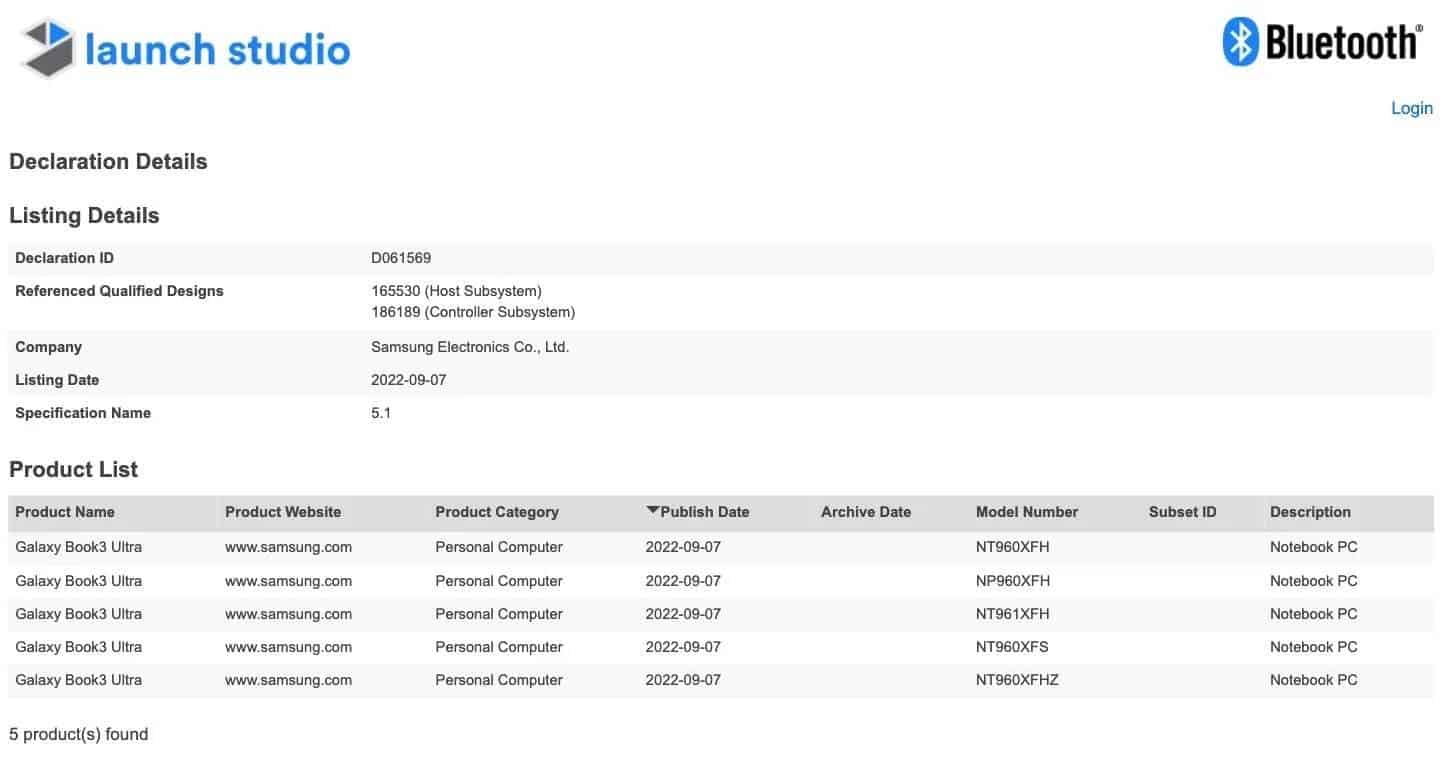 This will be the first ever Ultra model in the company’s laptop lineup. Furthermore, the Galaxy Book 3 Ultra carries four model numbers on the Bluetooth SIG website. The model numbers are NT960XFHZ, NT960XFS, NT961XFH, and NT960XFH. Also, five different devices are on the listing as the Galaxy Book 3 Ultra. Interestingly, these products have been listed in the description under the Personal Computer product category as Notebook PC. According to the Bluetooth SIG website, the Galaxy Book 3 Ultra will support Bluetooth 5.1 connectivity. Moreover, the listing confirms the device will run Windows 11 OS. The upcoming Samsung laptop will pack an Intel CPU and support Wi-Fi 6E connectivity as well. However, the Bluetooth SIG website does not divulge any other detail regarding the laptop. Nevertheless, the listing confirms that the first Ultra model in the Galaxy Book lineup is coming to the market soon.

iPhone 14 series miss out on some basic features