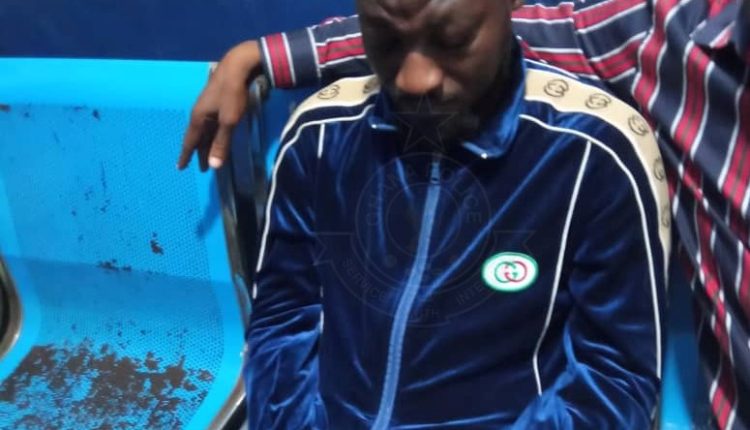 Police has arrested comedian, Funny Face for threatening the lives of some individuals in a video on social media.

On Sunday, October 17, Funny Face, born Benson Nana Yaw Oduro Boateng in a video noted that he will take the life of Vanessa Nicole, mother of his children, and commit suicide thereafter.

“Your mother, Vanessa. I’ve already told you that I shoot you. I’ll just shoot you and kill myself after that,” he said in the video on social media.

In the footage, the ‘Cow and Chicken’ actor also lashed out at some personalities who he sad had allegedly abandoned him when he encountered a car crash.

Following this, the Police in a post on Facebook noted that its team after apprehending Funny Face will have him before a court and secure an order for psychiatric examination.

This the Service said will aid its subsequent investigations.

“Due to the history of the suspect, the police shall submit Benson Nana Yaw Oduro Boateng to the court for an order for psychiatric examination, to determine the next line of investigative action,” the October 18 post read. 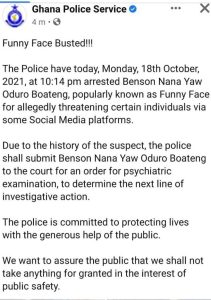 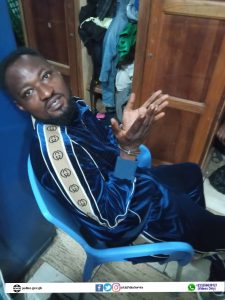 Meanwhile, the Police Service has reiterated its commitment to protecting the lives of citizens in the country.

We want to assure the public that we shall not take anything for granted in the interest of public safety,” it concluded.

In February this year, Funny Face was arrested by the police in Kasoa for an unlawful discharge of firearms at a drinking pub.

She stated that their investigations reveal the actor, born Benson Oduro Boateng, had gone to the bar where a misunderstanding ensued between him and the owner.

Although the two were separated, Funny Face went home, returned with a gun and fired warning shots, she added.

After being granted bail, Oduro Boateng revealed that he was manhandled by the police during his arrest and then again at the police cells before he was remanded.

Funny Face, who broke down crying during his video post, said he was beaten with handcuffs and dragged on the floor at the Police Station.

He also alleged that he was beaten at the police cells where he stayed from Monday to Tuesday when he was bailed at around 3:00 pm.

But the police denied these claims.

Following this, the Ofankor court has committed the comedian to the psychiatric hospital for two weeks.

The judge, Ebenezer Osei Darko said Funny Face may be having a mental crisis and possibly going through depression.

The Circuit Court later extended his stay and treatment in the Accra Psychiatric Hospital by a month.

Tiwa Savage has reacted to her leaked ‘adult tape’