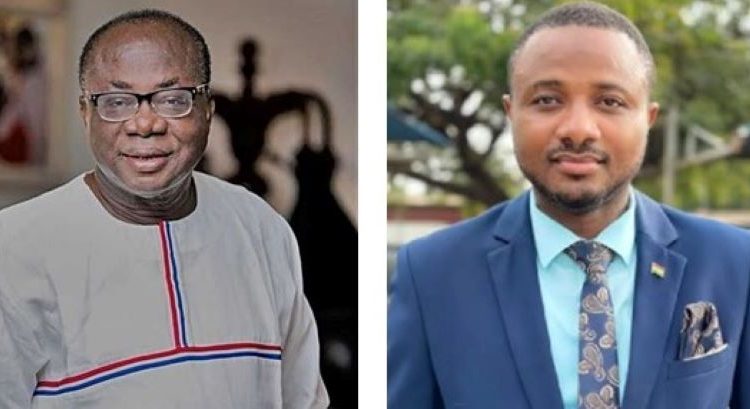 A Security Analyst has criticised the former National Chairman of the New Patriotic Party (NPP), Freddie Blay for agreeing to represent four of Aisha Huang’s accomplices.

The four accomplices; Gao Jin Cheng, Lu Qi Jun, Haibin Go and Zhang Zhipeng together with the ‘galamsey’ queen, Aisha Huang are being held by the state for their involvement in illegal mining, popularly known as ‘galamsey’ in the country.

Speaking in an interview on JoyNews’ The Pulse on Tuesday, Mr. Adib Sani stated that Mr. Blay’s acceptance to defend the accomplices is only “indicative of his lack of principles.”

His assertion is in connection with an announcement that former NPP National Chairman, Freddie Blay, will be representing four accomplices of ‘galamsey’ queen Aisha Huang.

Lucy Ekeleba Blay, a private legal practitioner, announced in court on Tuesday that she was holding brief for Freddy Blay in the case of the four accomplices of Aisha Huang.

Mr. Adib Sani said although, Mr. Blay is not doing anything wrong legally, he believes it is a wrong move strategically.

According to him, the offer should have been turned down by the lawyer in as much as “man must feed.”

“As a businessman, there are sometimes some jobs that will come, even though you are looking for the money, as a matter of principle, you turn it down considering the controversial nature of the issue, the attention it has garnered locally and internationally, the pain it has caused Ghanaians, particularly those in the mining communities,” he insisted.

Mr. Sani noted that this development may add to the public’s perception that there are powerful forces in the country behind ‘galamsey.’

Meanwhile, Aisha Huang herself is being represented by NPP stalwart, Nkrabea Effah Dartey.