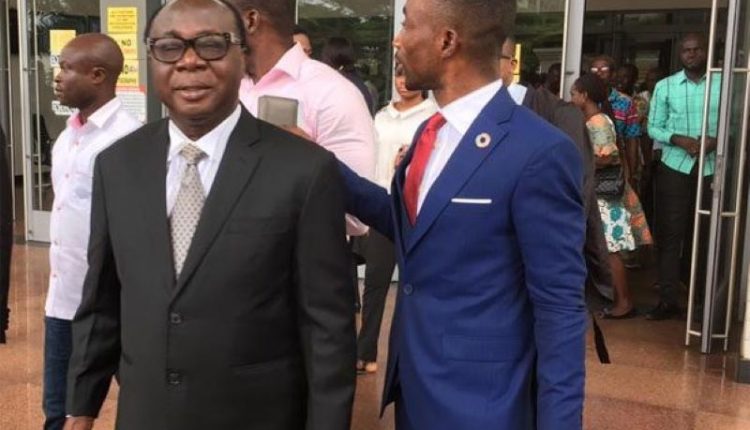 Critics say the move by the NPP stalwart defeats the government’s effort in fighting the menace which has left many water bodies and forest reserves destroyed.

The NPP has come under intense fire because the notorious Chinese galamsey queen is also being defended in court by former Deputy Interior Minister and NPP Member of Parliament, Captain Rtd. Nkrabea Effa Darteh.

But Freddie Blay in an interview on Morning Starr on Starr FM Wednesday said there’s nothing wrong with him defending the accused persons, adding that clients decide which lawyers they want to defend them in court.

“Our firm is representing four accused persons brought before the court. There’s nothing like accomplices, they have been put before court on separate charges. We are not defending Aisha nor can it be said that they are her accomplices, they have nothing to do with Aisha. So anybody who gives that impression is wrong.”

Asked by the sit-in-host Naa Dedey Tettey if he expected the backlash for his decision to defend the suspect, Mr Blay said he was surprised by the public reaction of disapproval.

“We have gone to school to be taught to uphold good governance, to uphold the law, to uphold human rights in this country and for more than 35 years I have been involved in it. If a client comes and I question him and I get convinced that he’s right and I go to court to defend him, you think it is the government that has instructed me to go and do that? So those lawyers who are involved in defending persons accused of sabotage and subversion, does it mean the lawyers are involved in it? Their (NDC) former Deputy Attorney General who defended Tagor does it mean that he’s involved in cocaine dealing,” he asked.