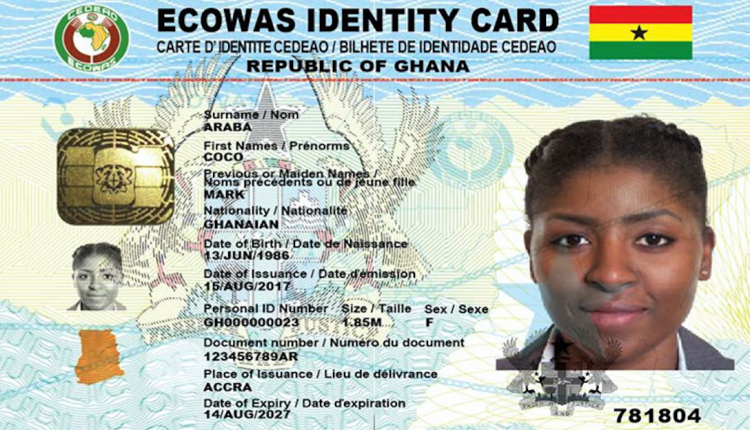 The Ministry of Foreign Affairs and Regional Integration has disclosed that it has no knowledge about the fact Ghana’s National Identity Card also known as the Ghana Card is to be used globally as a valid E-passport.

The International Civil Aviation Organization (ICAO) has given its seal of approval for Ghana’s national Identity Card to be recognized globally as a valid e-passport.

Thus, holders of the Ghana Card as well as its future biometric equivalents can present it as official documentation at all 197 (ICAO) compliant countries and 44,000 airports worldwide and board flights to Ghana.

This follows a “Key Ceremony” on Wednesday, February 9, 2022 at the headquarters of ICAO in Montreal, Canada, during which Ghana, represented by the High Commissioner to Canada, H.E Ransford Sowah, received the ‘key’ to symbolically indicate the country’s entry into the ICAO family.

However, Ministry of Foreign Affairs has said the information on the Ghana Card serving as E-passport is news to the Ministry and it cannot authenticate that.

“As of yesterday 9pm, I was in a meeting with my Minister and she denied that and said the topic is news to her because officially the report is not from the Ministry of Foreign Affairs.

“The report is not emanating from my Ministry; hence officially I cannot confirm that Ghana Card is now e-passport,” the Deputy Minister of Foreign Affairs, Kwaku Ampratwum Sarpong disclosed on a Kumasi based radio station, Akoma FM.

The Member of Parliament for Asante Mampong further explained that “maybe, the report is from a higher authority because my Minister and her two deputies of which I am part are not privy to the said report.”