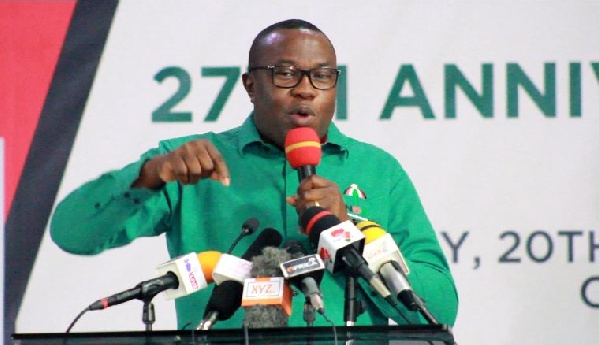 The National Chairman of the main opposition National Democratic Congress (NDC) has made a passionate appeal to President Nana Addo Dankwa Akufo-Addo to take steps to depolarise the country to foster development.

According to Mr. Samuel Ofosu Ampofo, current developments in the country shows how the country is deeply divided.

He called for the need for both President Akufo-Addo and his main opposition leader John Dramani Mahama to patch up their political differences as being sought by the Christian leadership for the development of the country.

He said some of the happenings under the current president have polarised the country, adding that this was not the case under late president John Evans Atta-Mills and later under former president John Dramani Mahama.

“We have gotten to where we are as a nation because the sitting president has failed to show leadership,” he told show host Kwabena Bobie Ansah.

He revealed that since 2017, the former president has been trying to get in touch with the current president to no avail.

He explained that calls to the president’s mobile phone number have always hit a snag.

Abronye charged for publication of false news and offensive conduct