A gang of five, made up of a 14-year-old juvenile, three men and a lady have been arrested for robbery at Ejura Sekyedumase Area of the Ashanti Region.

They were arrested for allegedly carrying out series of robberies on highways linking Nkoranza and Techiman in the Bono East Region and the Ejura Sekyedumase Municipal area of the Ashanti Region.

This information was contained in a November 23, 2021 statement from the Police signed by its Director-General of Public Affairs, ACP Kwesi Ofori.

A search on the suspects led to the retrieval of assorted mobile phones, one infinix charger, a lady’s hand bag, an unregistered Apsonic Aloba motorbike and an amount of two thousand, two hundred and seventy-nine Ghana cedis (GH₵ 2,279.00).

“A driver who was a victim of the suspects’ robbery expedition along the Techiman-Ejura Highway, during investigations, identified all the four suspects and the juvenile as the robbers who attacked him on November 15, 2021 at Adiemra. Other victims have also come forward to identify these criminals and their stolen items”, the statement indicated. 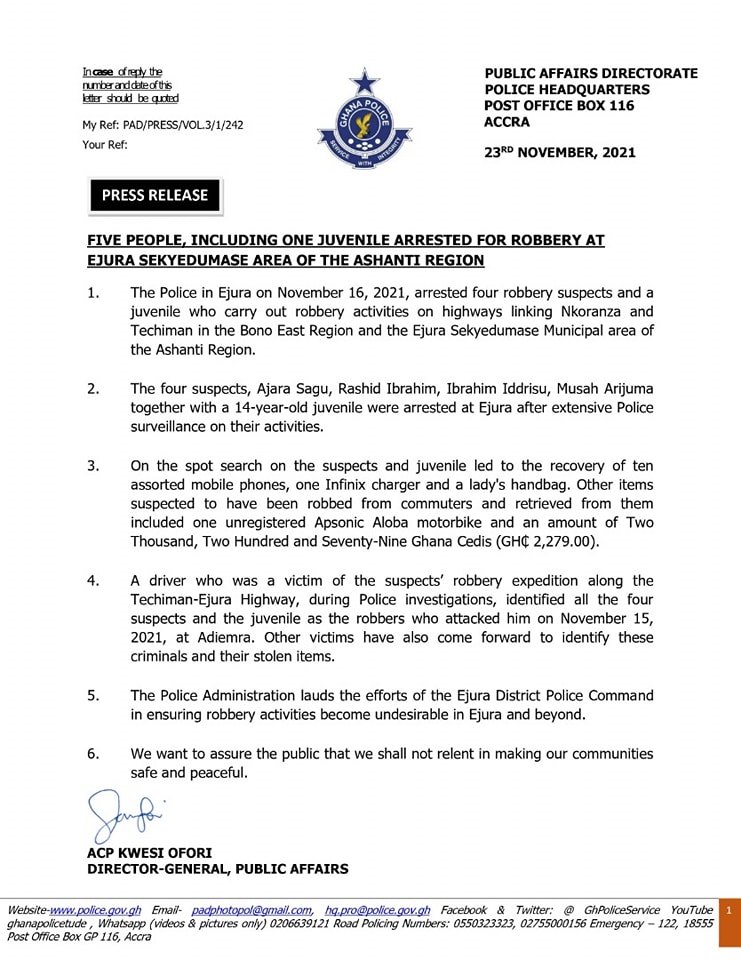 Read also: I can remove Akufo-Addo from office; he can’t remove me – Alban Bagbin