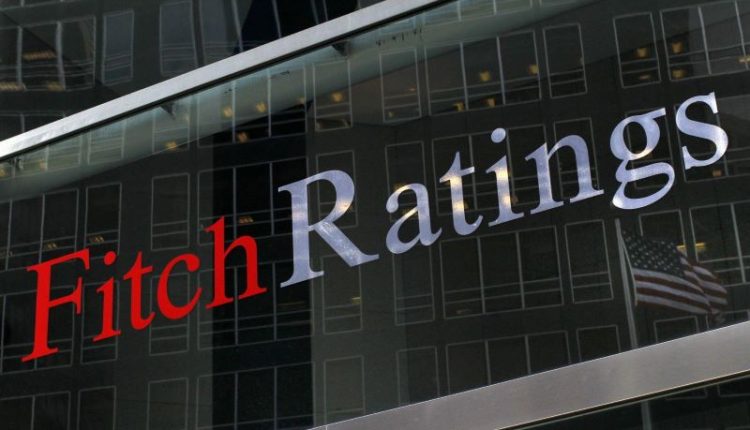 Fitch has also downgraded the issue rating on Ghana’s partially-guaranteed USD1 billion notes maturing in 2030 to ‘CC’ from ‘B-‘.

Fitch typically does not assign outlooks to sovereigns with a rating of ‘CCC’ or below.

The downgrade of Ghana’s LTFC IDR reflects the government’s announcement of a suspension of payments on sovereign external debt, which Fitch views as the beginning of a sovereign default process.

On 19 December 2022, the government of Ghana announced a suspension of payments on selected external debts.

The announcement indicates that the suspension will include payments on Eurobonds, commercial-term loans, and most bilateral debts, excluding payments on multilateral debt, new debt contracted after 19 December 2022, and debt related to short-term trade facilities.

The government is also evaluating certain specific debts related to projects with the highest socio-economic impact for Ghana, which may have to be excluded.

Fitch downgraded Ghana’s LT IDRs to ‘CC’ from ‘CCC’ on 23 September to indicate the increasing probability of a default event as a result of increasing pressure on external finances and in anticipation that an IMF-supported programme would require some form of debt restructuring.

Ghana’s already-high debt servicing burden and constrained access to finance both worsened during the successive shocks of the coronavirus pandemic and the Ukraine-Russia war, leading the government to seek IMF support in July 2022.

Fitch has downgraded the issue rating on Ghana’s US dollar notes due October 2030 to ‘CC’ from ‘B-‘.

The notes benefit from a partial credit guarantee (PCG) backed by the International Development Association for scheduled debt service payments of up to 40% of the original principal.

Fitch had assigned a multiple-notch uplift to the notes to reflect its view that the PCG reduces the bonds’ potential for default and increases the possible recovery in the event of issuer default.

On 10 August, Fitch downgraded the partially-guaranteed notes to ‘B-‘ from ‘B+’, keeping the rating above ‘CCC+’ as the agency expected that the notes would be excluded from the pending external debt restructuring.

Fitch believes that the PCG still has the benefit of higher possible recovery rates for the partially-guaranteed notes.

On 8 December, Fitch downgraded the LTLC IDR to ‘C’ from ‘CC’ following the announcement of a local-currency debt exchange.

The debt exchange was initially planned to be completed on 20 December, at which time we expected to downgrade the LTLC IDR to ‘RD’.

However, the government has announced an extension of the deadline to exchange domestic debt to 30 December. Fitch has affirmed the LTLC IDR at ‘C’ but will downgrade it to ‘RD’ after the completion of the debt exchange.

Ghana has an ESG Relevance Score of ‘5’ for both Political Stability and Rights and for the Rule of Law, Institutional and Regulatory Quality and Control of Corruption.

These scores reflect the high weight that the World Bank Governance Indicators (WBGI) have in our proprietary Sovereign Rating Model.

ESG – Creditor Rights: Ghana has an ESG Relevance Score of 5 for Creditor Rights as a willingness to service and repay debt is highly relevant to the rating and is a key rating driver with a high weight.

The current rating action reflects Fitch’s view that a default event is imminent.

Factors that could, individually or collectively, lead to negative rating action/downgrade:

– Failure to make scheduled coupon or maturity payments on Ghana’s foreign-currency bonds within the grace period would lead to a downgrade of Ghana’s LTFC IDR to ‘RD’.

– Completion of the proposed debt local-currency exchange would lead to a downgrade of Ghana’s LTLC IDR to ‘RD’.

– The partially guaranteed notes could be further downgraded depending on the evolution of the debt restructuring.

Factors that could, individually or collectively, lead to positive rating action/upgrade:

– Payment on upcoming commercial debt obligations and/or signs of improved capacity and willingness to continue to do so.

Fitch’s proprietary SRM assigns Ghana a score equivalent to a rating of ‘B-‘ on the Long-Term Foreign-Currency IDR scale. However, in accordance with its rating criteria, Fitch’s sovereign rating committee has not utilised the SRM and QO to explain the ratings in this instance. Ratings of ‘CCC+’ and below are instead guided by the rating definitions.

Fitch’s SRM is the agency’s proprietary multiple regression rating model that employs 18 variables based on three-year centred averages, including one year of forecasts, to produce a score equivalent to an LT FC IDR.

Fitch’s QO is a forward-looking qualitative framework designed to allow for adjustment to the SRM output to assign the final rating, reflecting factors within our criteria that are not fully quantifiable and/or not fully reflected in the SRM.

The principal sources of information used in the analysis are described in the Applicable Criteria.

Ghana has an ESG Relevance Score of ‘5’ for Political Stability and Rights as WBGIs have the highest weight in Fitch’s SRM and are therefore highly relevant to the rating and a key rating driver with a high weight. As Ghana has a percentile rank below 50 for the respective Governance Indicator, this has a negative impact on the credit profile.

Ghana has an ESG Relevance Score of ‘5’ for Rule of Law, Institutional & Regulatory Quality and Control of Corruption, as WBGIs have the highest weight in Fitch’s SRM and are therefore highly relevant to the rating and are a key rating driver with a high weight. As Ghana has a percentile rank below 50 for the respective Governance Indicators, this has a negative impact on the credit profile.

Ghana has an ESG Relevance Score of ‘5’ for Creditor Rights, as a willingness to service and repay debt is highly relevant to the rating and is a key rating driver with a high weight. The imminent prospect of default reflected in the ‘C’ LTLC IDR has a negative impact on the credit profile.

Ghana has an ESG Relevance Score of ‘4[+]’ for Human Rights and Political Freedoms, as the Voice and Accountability pillar of the WBGIs is relevant to the rating and a rating driver. As Ghana has a percentile rank above 50 for the respective Governance Indicator, this has a positive impact on the credit profile.

Except for the matters discussed above, the highest level of ESG credit relevance, if present, is a score of ‘3’.

This means ESG issues are credit-neutral or have only a minimal credit impact on the entity, either due to their nature or to the way in which they are being managed by the entity. For more information on Fitch’s ESG Relevance Scores, visitwww.fitchratings.com/esg.

Trailers: The 40 Best Romantic Christmas Movies To Watch With Your Love