FIFA 23 review: A prelude farewell to the ‘Live and FIFA’ era

Personally as a habitual gamer, the first thing I do every year when I play FIFA is: change the controller operation mode to “Second Settings”. The same is true for the vast majority of players who have come all the way from “Pro Evolution Soccer”. The shot should be the button on the left, which is an old habit for more than ten years. Every time I set it up, I think of “Pro Evolution Soccer”, many years ago, football games were its world. In the past, “Live Football” got worse and finally fell behind. A year ago, Konami announced that the “Pro Evolution Soccer” series was rebranded from “PES” to “eFootball”. Instead of selling clients every year, it was launched as a free-to-play game with regularly updated data. This year, EA announced that the partnership with FIFA will not be renewed after the end of 2022. Furthermore, the “FIFA” series will be renamed “EA Sports FC”. This year’s “FIFA 23” will be the last generation of “FIFA“. 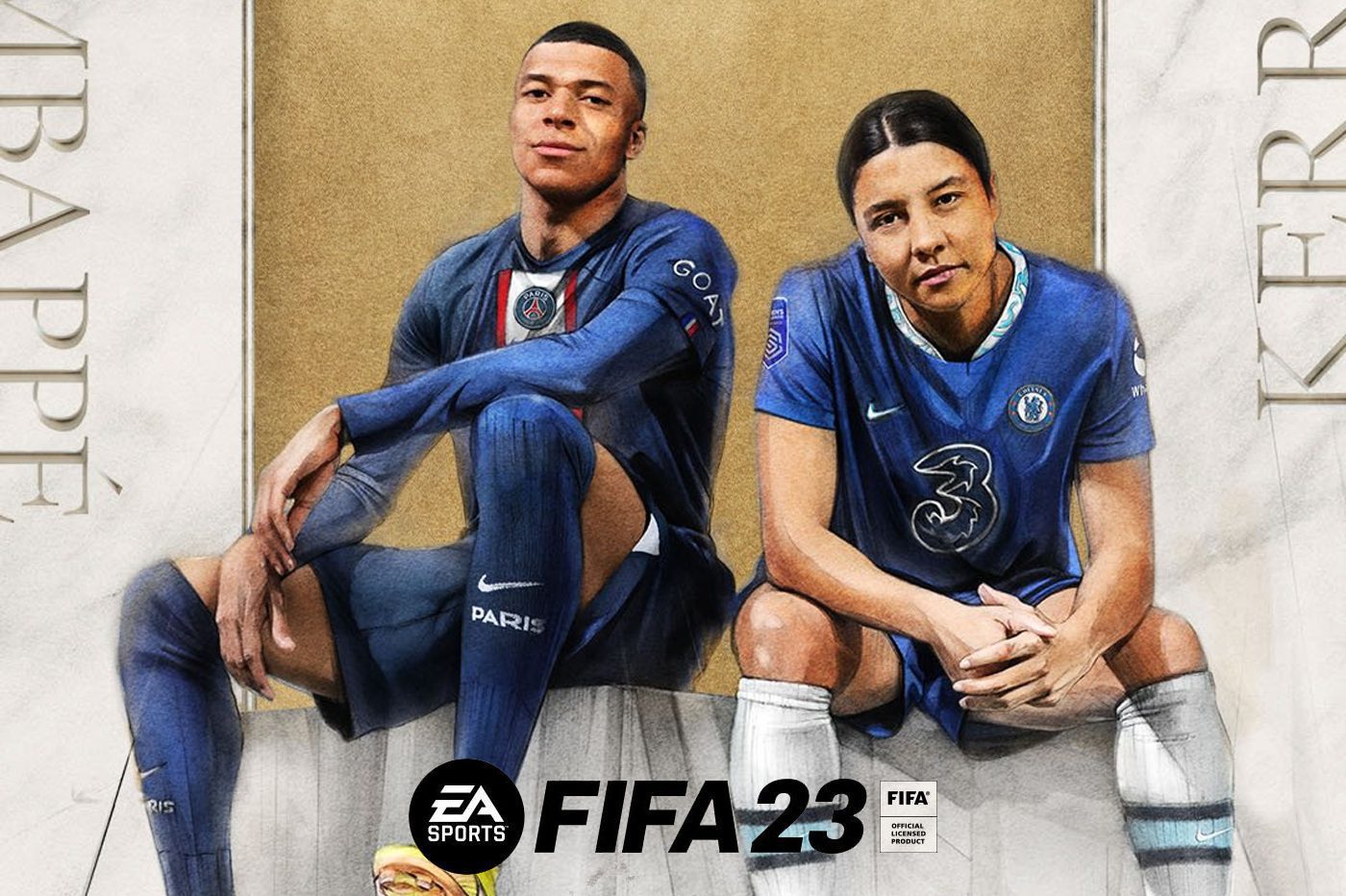 Could you have imagined 10 years ago that one day both “Pro Evolution Soccer” and “FIFA” would leave? They all left us, at least in the name. The “eFootball” series endorsed by Mei’s bosses have also been changed to operate on a seasonal basis, which is very online. This final game is in a good era. In recent years, “FIFA” has almost monopolized the dominant position in similar themes, with no competitors. The new generation of consoles is more popular, providing enough installed capacity for “FIFA”. Also, 2022 is a World Cup year, and fans will be even more enthusiastic about a football game. All of this makes people close their eyes to guess that the game will have a good sales volume. This year’s sales are even more stable than “Call of Duty”.

According to the standard of a football game, “FIFA 23” is of course above others. This is especially for players who wants to manipulate players to kick the ball. “FIFA 23” is the most appropriate work, it lacks even a comparable competitor. However, if you just want to play at your free time and not against others, then the free “FIFA 22” for members on the console platform fully met the needs. FIFA 23 certainly brings new stuff, but are they $70 new stuff for light gamers? At least in terms of single-player content, I don’t think it’s worth it at all. 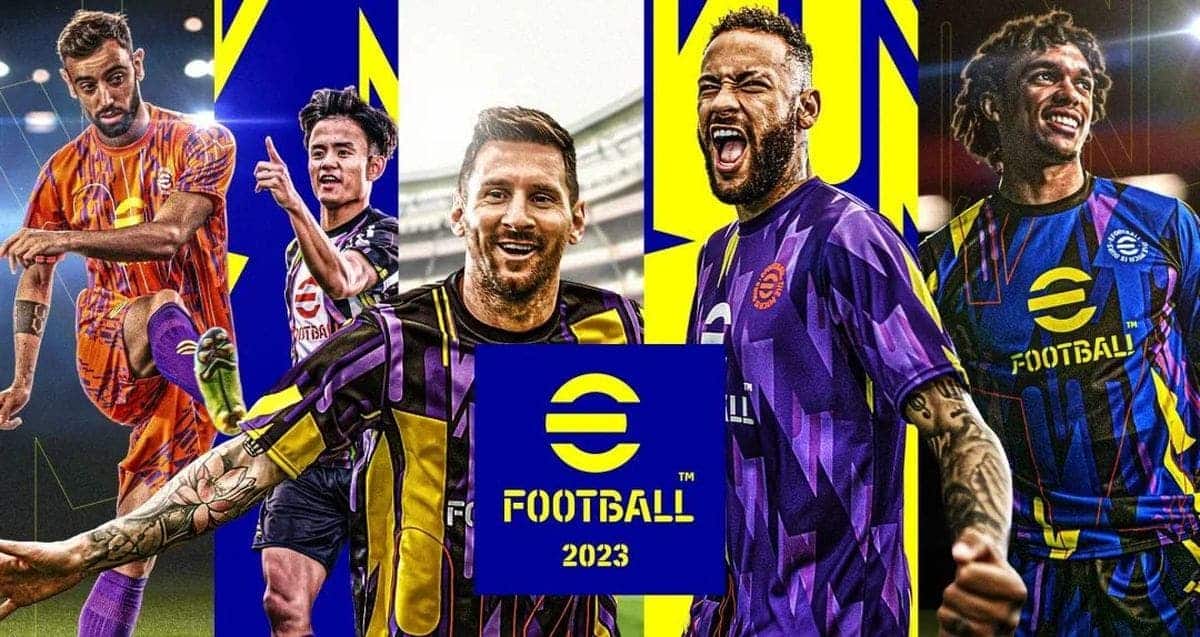 In a nutshell, FIFA 23’s shooting is easier than ever. In “FIFA 22” and previous versions, the power control is very critical. The shooting is weak and if it is too big, it will fly into the sky. “FIFA 23” has improved this. When the force is small (less than half), the shot will automatically choose a low-level shot. In addition, it is only in extreme cases that the ball fly into the sky.

The free-kick and penalty-kick systems have been revamped. Penalty kicks are simpler than before. In FIFA 22 and previous generations, penalty kicks were quite difficult. If users are not careful, placing the joystick on the landing spot for the penalty is difficult. The FIFA 23 generation has been changed to timing control. After pressing the shooting button at the right time, the joystick is only used to determine the general direction. Free kicks and corners are more finely controlled. There are no longer (not at all) guides to provide a reference to the path of the ball, but more granular control options. You can choose not only the direction, force and rotation of the kick but also the precise location of impact. This is a great change. Previously, different corners, such as spins, lobs, and lows, needs to be done through various tedious combinations of buttons. Now, there is a very intuitive way to control them, which is more reasonable and more interesting. Pay attention to the football in the middle of the screen, you can choose different touch points.

Overall, the improvements in shooting make the experience a lot more comfortable. In addition, the previous instep shooting provided a special button (L2 + shooting button), which is a very strong offensive routine in the current version. In addition to being extremely practical, the line of the ball is also quite cool.

The newly added powerful shot (L1+R1 + shot button, that is, the previous low-level shot) maintains the historical tradition of “FIFA”. Simply put, it provides a more powerful, more accurate shot option with longer adjustments. This is an operation that is a bit like the nirvana of a fighting game. When using it, the screen will be zoomed in and a close-up will be given. The shot is very powerful in all aspects such as handle vibration and sound effects, which is very striking.

A goal with a powerful shot brings an extra thrill. Unfortunately, as cool as this feature is, it’s not practical in practice. “More powerful” is certain, and “more accurate” is questionable. Because the forward swing is too long, it is difficult for you to use it in a fast-pace battle. The change in “FIFA 23” in dribbling is that the separation of the ball and the person has become more obvious. This is a feature of new-generation versions such as PS5. This feature is more obvious in this work than “FIFA 22”. In terms of results, this makes active steals more meaningful, and players become more likely to lose the ball. Correspondingly, players must be more careful in their dribbling.

On FIFA 22, blocking is quite easy as the game places defenders in the correct position. Thus, they block a lot of shots from the opponent. Therefore, the benefits of standing in “FIFA 22” are much higher than stealing, and it is more feasible to “park the bus”. However, in “FIFA 23”, although players can also make key interceptions, the effect is far less than in “FIFA 22“. At this time, players can only adopt a more active defensive strategy. The better shooting and lower blocking makes FIFA 23 a more attacking football game. You may find that most matches have more total goals than the previous generation.