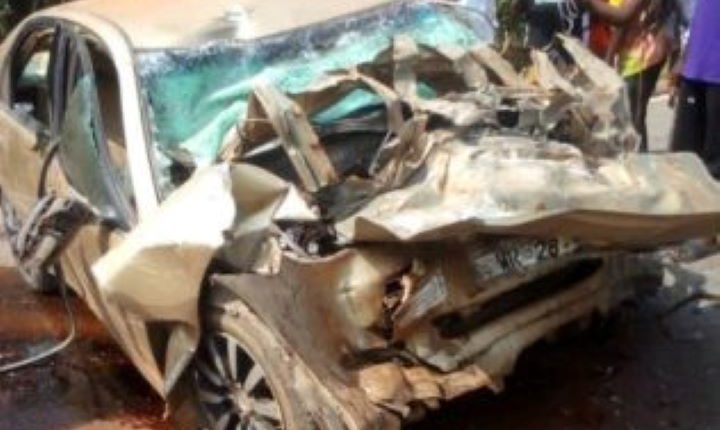 A family of five is feared dead in an accident at Akrofuom in the Ashanti Region while returning from a December 31 all-night service.

Reports gathered at the scene indicate that the family was rescued lifeless after a Toyota Corolla with registration number WR-28-48 they were driving in collided head-on with an articulator truck. 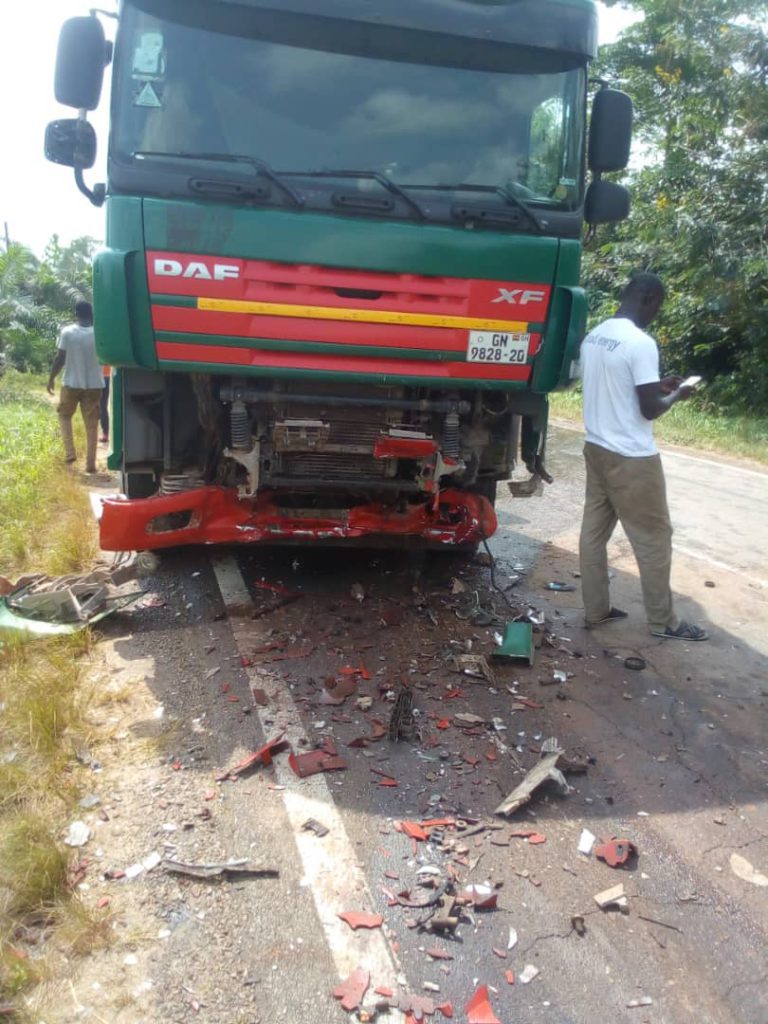 According to reports, the driver of the Toyota Corolla attempted to overtake a truck when the accident occurred.

Due to the impact of the crash, the front side of the vehicle mangled, trapping the occupants.

It took a combined rescue team of police, fire, and emergency medical personnel to remove trapped bodies from the mangled car trapped under the truck. 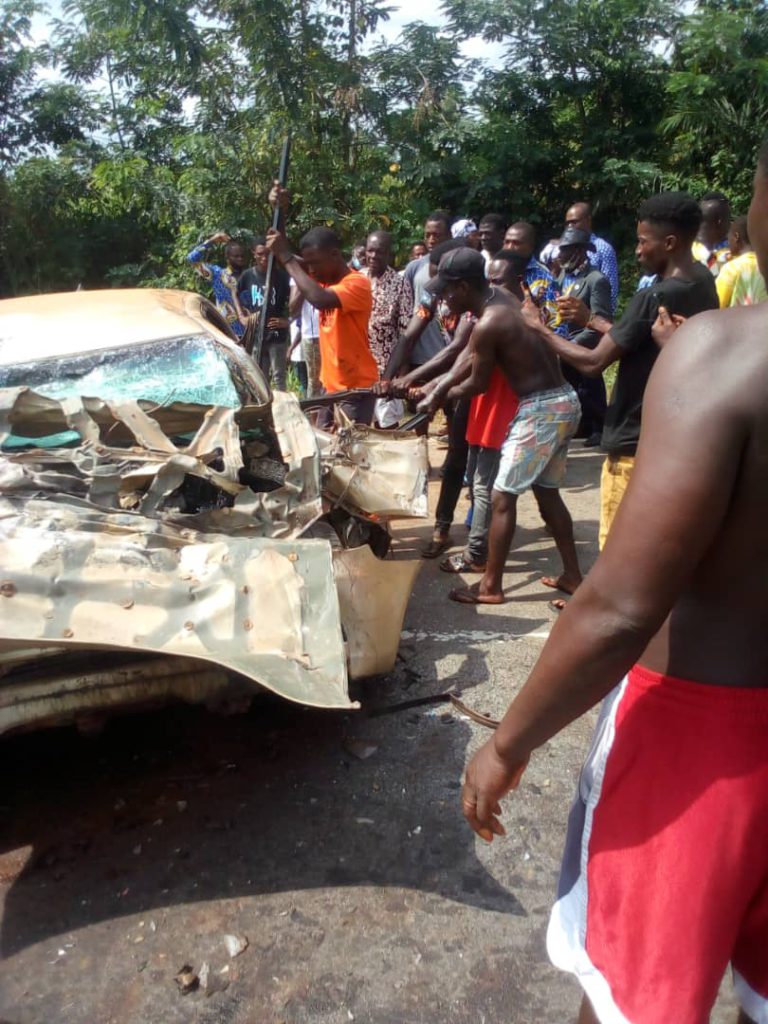 An eyewitness, Elder Godwin told Adom News that the man, his wife and two female children were rescued unconscious, but their lad was conscious.

An ambulance was called to the scene to transport the victims to the hospital.

C/R: Man with hidden gun arrested in an attempt to enter church