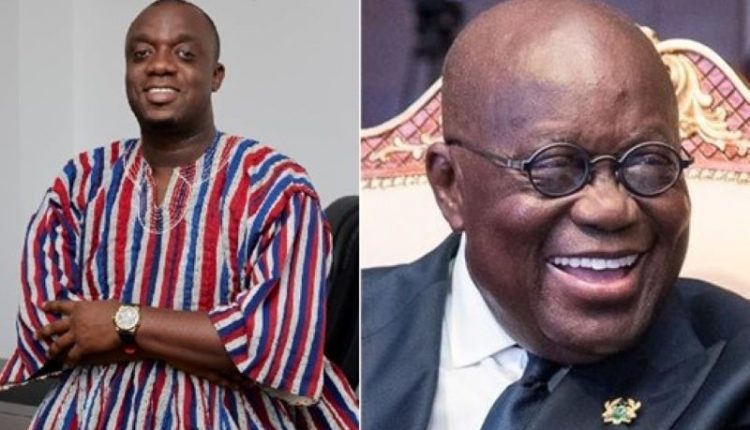 The General Secretary of the New Patriotic Party (NPP) Justin Frimpong Kodua has said his office is open to welcoming any petition against President Nana Akufo-Addo for endorsing the Communications Director at the Presidency, Eugene Arhin.

President Nana Addo Dankwa Akufo-Addo over the weekend during his tour of the Central Region backed Eugene Arhin’s dream of becoming the Member of Parliament(MP) for the Awutu Senya West constituency.

The President said he is confident the Director of Communications at the Presidency “will do a very good job”.“It is public knowledge that he has the intention of contesting on the ticket of the NPP in 2024. If he is successful in the NPP primaries, nananom, I am confident that he will do a very good job as a Member of Parliament for you. I appeal for all of you to support him if and when that time comes,” he stated.

Some political analysts have slammed the President for his comment describing his conduct as lawless.

A Political Science lecturer, Professor Ransford Gyampo, has asked the NPP General Secretary to rein in the President for Eugene Arhin.

According to Prof. Gyampo, the President’s defiance of party laws is worrying and must be called to order immediately by the leadership of the party.

“Respectfully, Mr President, I cannot mince words. I think you are being lawless; I am sorry to put it bluntly. You were part of your Party’s National Executive Committee Meeting that approved the Party’s Code of Conduct. You are giving unfair advantage to Eugene Arhin, knowing very well that Parliamentary Primaries for the area haven’t been held.”

But in an interview on Peace FM, Justin Frimpong Kodua reacting to the calls on him to call the President to order said the President did not flout any party directive.

“In my own opinion, what President Akufo-Addo said has nothing to do with breaching of party conduct… we should all understand that nobody is above the law in the New Patriotic Party (NPP).”