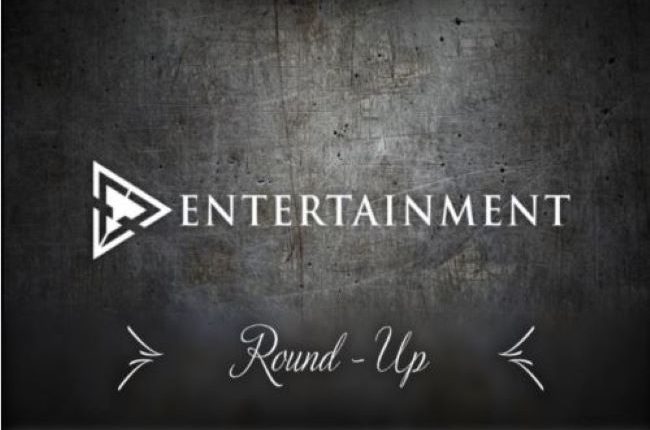 The Musicians Union of Ghana (MUSIGA) has announced Wednesday, February 23, 2022, as the new date for the election of new executives.

The elections, originally scheduled for January 12, 2022, was postponed indefinitely by the National Elections Committee (NEC) of the Union.

According to the NEC, the postponement of the election was to enable the Union to put in place adequate measures to ensure free, fair and transparent elections.

Mr. Peter Marfo, Chairman of the NEC of MUSIGA, who disclosed this in an interview with GNA Entertainment, said the decision was arrived at after a NEC meeting on January 14, 2022.

He said the new date would also give the Union ample time to resolve all its outstanding issues to pave the way for a smooth electioneering process.

Mr. Marfo explained that the election would be held at both the regional and national levels with results expected on the same day.

GNAV prays that whatever reason(s) delaying the elections will be resolved as soon as possible. We also believe in the NEC to organize a free and fair elections. We also want to wish all the candidates the best of luck and may the best candidates win.

Ghanaian actress and producer, Yvonne Nelson, has admonished individuals not to sleep with their ‘destiny helpers’ especially when they have been placed in their lives by God to help them grow or establish their careers.

These helpers she terms as ‘solid people’ are difficult to find.

Yvonne Nelson noted that although her statement might sound funny, it is in one’s best interest to resist the temptation of having sexual intercourse with their helper.

She added that marrying them is also not a good option.

“When you meet SOLID people you wanna keep in your life forever, don’t get sexual with them. Yeaa. Don’t even marry them I know it sounds weird, funny,” she tweeted.

According to persons who have seconded her tweet, once you have an affair with these ‘solid people’, you break the once happy relationship.

Kuma Assafuah wrote: “Very true statement. You will end up destroying the quality of the relationship both have.”

Another, Daniel Boateng added: “U always kicking sense prettiest.Bless you.”

Chris Attoh and Damilola Adegbite, Kanye West and Kim Kardashian just to menton a few are classical examples of what Yvonne Nelson is saying. Today these beautiful frienships are ruined because they got married. I concur Yvonne!

Elsewhere, repented Ghanaian actress Moesha Boduong has revealed in a new video that she has not entirely left her old character as many assume.
According to the curvy actress, the shape that many rich men paid millions to have is still intact and it is even getting bigger.

Moesha said in the video that she heard people saying she has reduced to nothing in terms of looks and appearance and that she had lost her appeal to men.

The actress said she has not lost anything since she decided to give herself to Christ but has rather gained a lot after changing her old ways.

Moesha was seen shaking her backside in a straight dress as she showed off her spiritual mother in the same video and thanked her for saving her life.

That is not christ-like Moesha or you say you are shaking it to the glory of God! lol!

Member of Parliament for Ningo Prampram, Sam George, has called on persons in the creative arts industry with significant positions in government to use their influence to improve the industry.

According to him, after enjoying the perks of political office, these individuals would return to their trade in the industry when their government is no longer in power.

Hence, “they must have something to show for the times they had an opportunity to influence growth in the creative arts,” Sam George said on Daybreak Hitz on Hitz FM.

He told Andy Dosty, the host, that “When I saw Mark (Okraku Mantey) leading a certain move on the NPP side, and I saw Rex (Omar) and Sadiq (Abdulai Abu) on the NDC side, it was the first time I was seeing real practitioners having a seat at the table for decision making.”

“But these individuals who have a seat at the table must begin to make demands of the government. Again, no hard feelings or nothing personal, but Obour used to be MUSIGA President, today he is Ghana Post MD, what is he using his political mileage within the NPP to achieve for the creatives?”

Sam George explained that many people who find themselves in places of power tend to forget to extend a helping hand to the industry when they can.

He explained that not every MP can help every sector, hence it is essential for creatives in power to help the industry when needed.

“People get a seat at the table and forget where they are coming from and forget that political power is transient. When you leave the political office where are you going back to? Is it not your craft? Is it not your trade? What did you do to make it better? That’s the question,” the Ningo Prampram MP added.

He stated that it is those entertainers in power who are the ones that can significantly contribute to decision-making in governance.

Sam George said, “those who have an opportunity, those who must remember that after enjoying the perks of political office, the only thing they will have or where they will go back to is the creative arts, they should bear in mind that people are going to ask questions when they leave office. What has been their contribution? What cases have they made at cabinet?”

Fritz Baffour, Dzifa Gomashie did nothing to help the industry when their party was in power. Mark Okraku is a deputy Minister now, lets see what his contribution to the industry will be at the end of his tenure. I hope he changes the narrative.

Arrested Nigerian fraudster, Hushpuppi will be sentenced on February 14, 2022.

BBC Pidgin reported that this was confirmed by United States Attorney’s Office at the Central District of California and the court’s Director of Media Relations, Thom Mrozek.

A plea agreement document signed by Hushpuppi; his lawyer, Loius Shapiro; Acting United States Attorney, Tracy Wilkison, amongst others, revealed that he pleaded guilty to various offences bordering on internet scam and money laundering, among others.

He is also accused of colluding with North Korean military hackers, Jon Chang Hyok, Kim Il, and Park Jin Hyok, as well as a Canadian colleague to pull a $14.7 million cyber-heist.

Hushuppi risks getting a 20 years jail sentence; a 3-year period of supervised release; a fine of $500,000 or twice the gross gain or gross loss resulting from the offence.

Same court had also ordered the Federal Bureau of Investigation (FBI) to arrest the suspended Head of the Intelligence Response Team, DCP Abba Kyari, for his alleged role in a $1m scam allegedly perpetrated by Hushpuppi and five others.

The family of late actress Marleen Hutchful has revealed that she died of Acute Myeloid Leukemia which they say is essentially blood cancer.

According to the family, her battle with the illness was brief. The actress passed away on January 11, at the age of 35.

“She had no hereditary traces of the disease nor did we ever think she was prone to it. Alas, we lost her to it after a brief battle. She fought it as she’d never fought anything before. She was brave till she took her last breath,” the family noted in a tribute to Marleen on the website marleenhutchful.life created to celebrate and honour her memory.

The death of Marleen took Ghanaians by surprise. On Friday, January 21, Marleen’s demise was announced by former co-star Adjetey Anang on Instagram.

We lost ‘Things We Do For Love’ actress, Marleen, to leukaemia – Family
The actress passed away on January 11, at the age of 35
She played the role of Lois, a young, nosy girl with an American accent.

Mr. Anang, who played ‘Pusher’ in the TV series, described her as one who “brought with u such youthful exuberance” to the star-studded programme.

Many Ghanaians and lovers of ‘Things We Do for Love’ took to social media to commiserate with her family and share some of their fondest memory of Marleen from the show.

Marleen’s family, on the website, shares more information about the illness.

“If you come away from this knowing a bit more about Leukemia, Marleen’s memory will be preserved. We would like to thank all the doctors that took such expert and careful care of Marleen. We will forever be grateful for the days you gave us with her,” they wrote.

Awwwww! How I used to drool over this girl eerh! Fine girl. I watch ‘Things We Do For Love’ because of Jackie Appiah and Marleen. May her soul rest in peace. Heaven has gained a beautiful angel.

According to her, the man of God made the pronouncement some weeks before her father, Augustine Adjei, passed away.

In a video posted on her Instagram platform, she stated that Prophet Gaisie had urged her to get her father to accept Christ before he died.

Afia Schwarzenegger said Nigel Giasie informed her “in two weeks, your father will die, get someone to lead your father to Christ.”

Following the prophecy, she stated that one Prophet Inkoom came to her home to ensure her father accepted Christ before he passed.

Afia Schwarzenegger thanked both Prophet Inkoom and Nigel Gaisie for their help and the words of encouragement.

She stated that although she does not agree with everything Prophet Gaisie does and says, she is truly grateful to him for what he did for her in the last days of her father.

Prophesy  “Adwuma no de3 saa” you get some right you get a lot of them wrong. Congrats to  Prophet Inkoom and Nigel Gaisie for getting this one right. lol!

Life sometimes find a way to calm us down ampa! This week the way Afia Schwarzenegger is calm eerh! I know how it feels like to lose a parent. It is not easy koraa! God strengthen you Afia. Be strong wai!

“From day one I got on social media, I didn’t want to follow anybody” – Jim Iyke