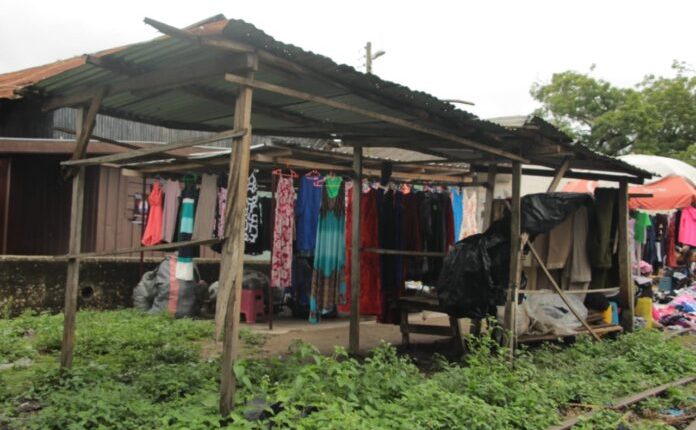 The defunct railway line in Koforidua the Eastern Regional Capital has been seriously encroached.

Whilst section of the railway track has been turned into dumping site, some encroachers have also built drinking spot directly on the railways line at the B-Foster stretch.

Near the Little Ben spot constructed on the railway line are structures being used to sell watermelons.

At the KFC stretch of the railway line, an encroacher has erected a brothel which was recently exposed for being used to house trafficked Nigerian girls.

The wooden structure brothels have many cubicles where the trafficked Nigerian girls are sexually exploited.

Some of the traders have constructed temporal structures on the railway tracks. 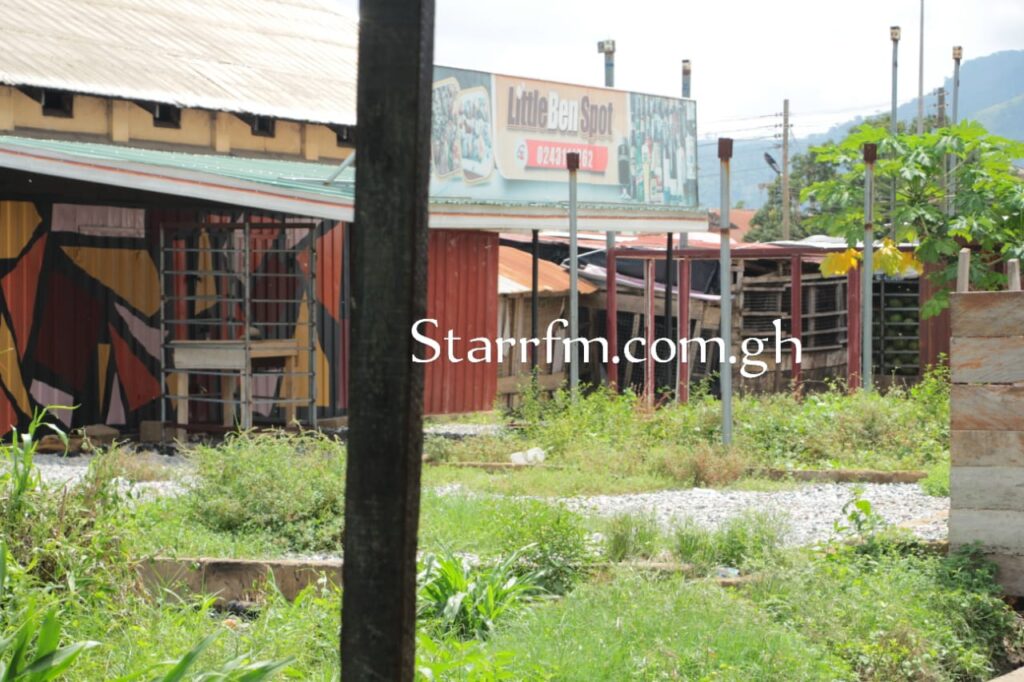 Generally, the entire railway line passing through Koforidua township has been encroached with construction of several metallic and wooden structures serving as shops , mechanic centers , ghettos and places of abode for destitute and drug dealers .

“Because the railway is not working reason why we are here and constructed this temporal structures on the railway line. We are ready to remove them if you even come today to reconstruct the rails because for some of us we want the trains to work again at this difficult time of high transportation fare. When the trains were working business in Koforidua boomed so we want it back”

Michael Kofi Asinor, a concerned resident who has been monitoring happenings on the railway lines is worried about the impunity on the tracks. 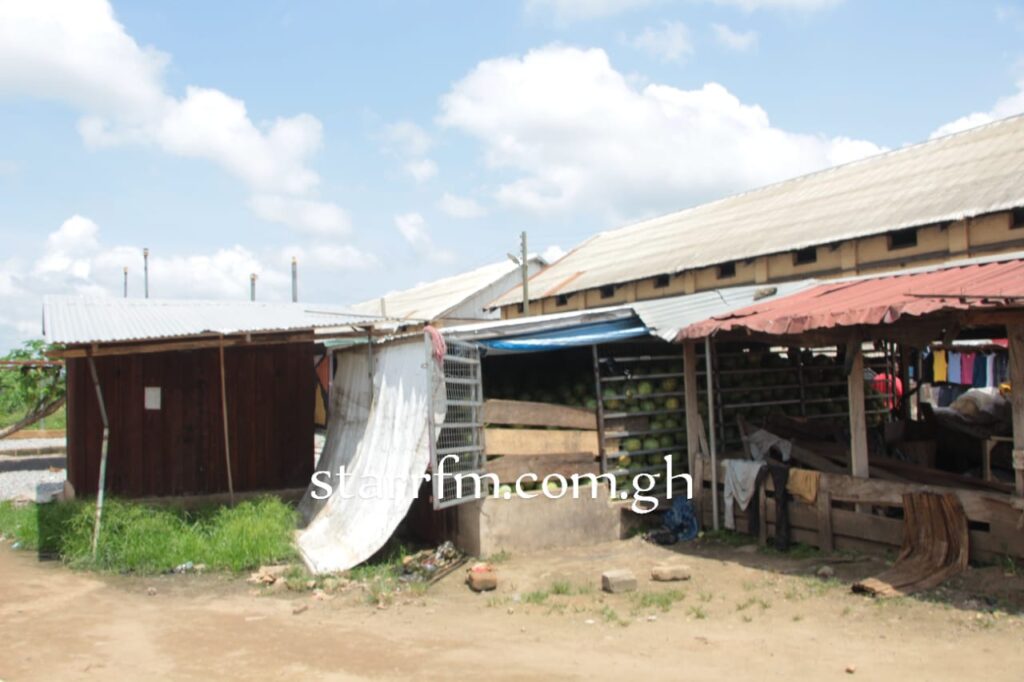 “I am worried about what is happening .How we have left this legacy to rot. I wonder how the future will be because the railway system should be improved and still working yet we have abandoned it to rot and now look at what is happening on it .Traders plying their trade here when you go to the other side people have constructed drinking spot among others on the tracks” Kofi Asinor lamented.

“Those times that I were supervisor , whenever I see someone attempt to put a structure, I stop him but now I am on retirement so I don’t have any power to stop people but the situation is disheartening. The city authorities and railway company must take action against the encroachers ”

The completion of the Kumasi-Accra railway line in 1923 saw Koforidua become an important road and rail junction and as one of the oldest cocoa-producing centres, the railway lines were the main means of transporting cocoa beans, cola ,food stuffs and other goods

Ghana’s once vibrant railway system is presently in a state of disrepair as a result of neglect and underfunding over the years; from an initial network size of 947 km in 1960 to an operational rail line of just 160 km in 2020.

Reviewing Ghana railway sector’s past performance together with 5 other countries, namely; Nigeria, Kenya, South Africa, Germany, and the United Kingdom, as well as the prospects of the industry to the Government’s intention using four (4) indicators – effectiveness of the available rail line, total goods transported by rail, total passengers that traveled by rail, and accessibility to rail service revealed that, Ghana showed the highest decline in the effectiveness of available rail lines, from 68% in 1980 to 16.9% in 2020.

Accessibility to railway services has consistently decreased over the years; from service access of 29.6% in 1960 to 0.6% in 2020.

However, the prospects of investing in a modernized railway system appear good as the government’s drive to industrialize the country continues and new mineral deposits are exploited.

The Minister for Railways Development ,John Peter Amewu recently said , government had invested at least $1 billion dollars in the past five years on the rail sector in a bid to revamp the sector.

He also said government has pumped at least 500 million Euros into the Manso to Huni Valley rail line project and about $480 million dollars invested in the Tema Mpakadan line.