Unexpectedly, Huawei unveiled the EMUI 13 firmware. It is made for business smartphones that are sold outside of China because HarmonyOS is only available on Chinese devices.

The fact that EMUI 13 was released shortly after HarmonyOS 3.0 was unveiled is not a coincidence because the new global firmware version has many interface elements that were taken from the Chinese version. But there have been some new features as well. 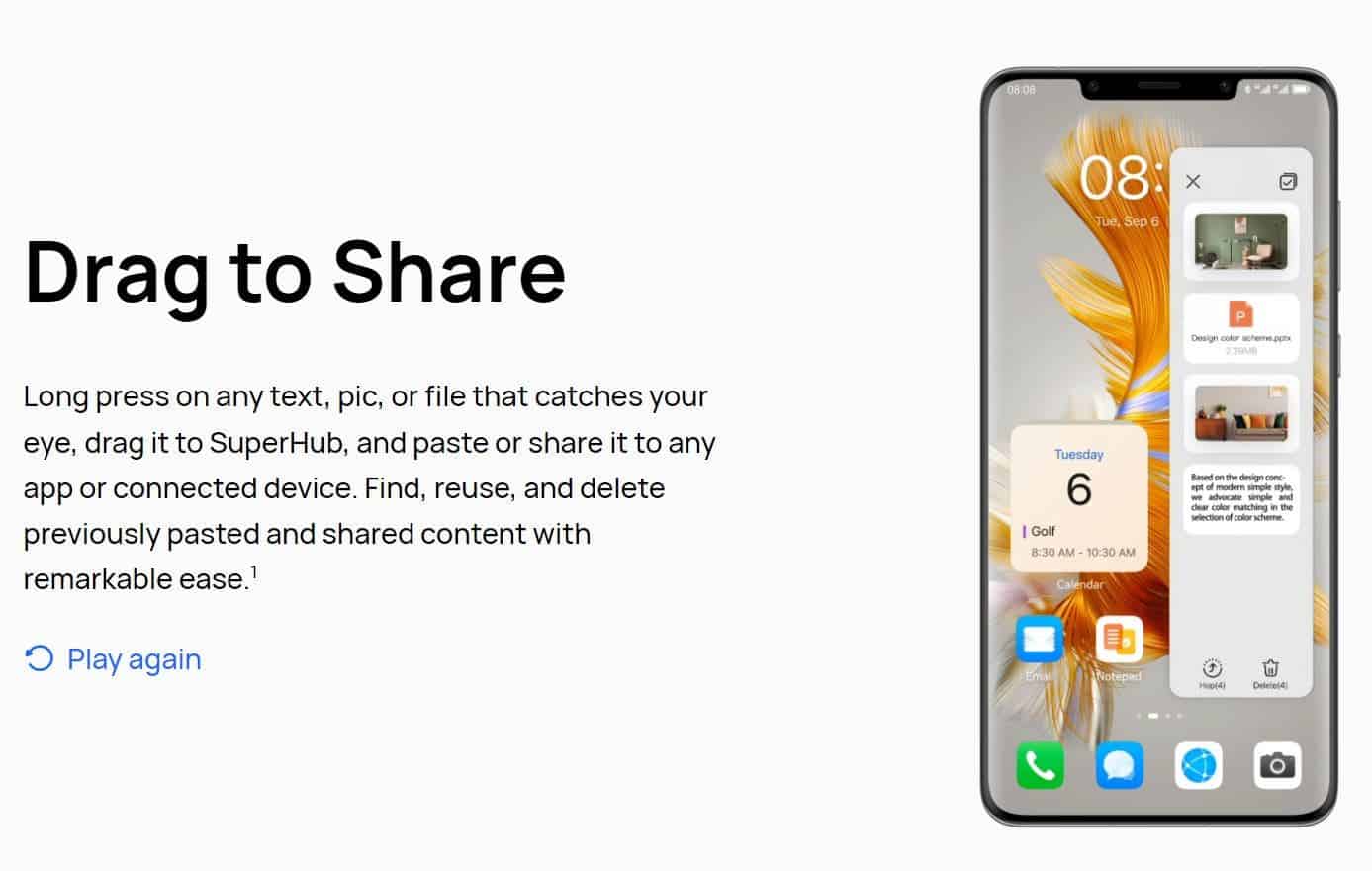 “EMUI 13 connects your devices and coordinates your tasks, creating a wholly immersive digital world that appdapts to your needs. Your wish is its command. With fluid interactions and handy service widgets to bridge the divide between devices” according to the company.

With Drag to Share, you can select text, choose an image or file, and send it to the SuperHub. It’s your personal clipboard from which you can send a file, an image, or text in any direction. You can also delete files or search for information in sent files using the SuperHub. The SuperStorage function will make space in flash memory available. Therefore, by compressing the data of inactive applications, identifying and removing duplicate files, deleting files from downloads, etc.. It can release up to 20 GB of space.

You can stream audio from one phone to two connected audio devices using the audio projection feature. For example, two pairs of headphones. The FreeBuds Pro 2 is in the example. We do not yet know if this feature applies to other headphones.

Huawei has not yet disclosed which devices will get EMUI 13 and when. However, the initial round of updates does include the latest flagships.
Greater Accra – Unsold Senior Suvs From 2020Unsold SUV | Search Ads