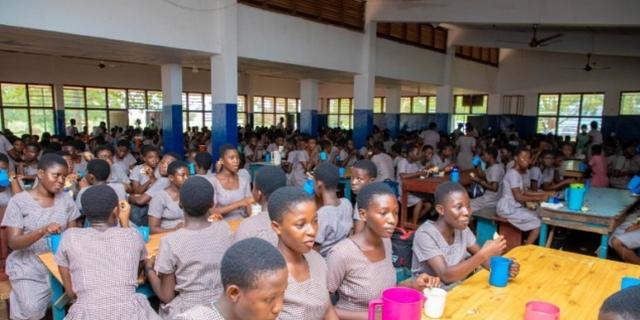 The Eastern Regional Conference of Heads of Assisted Secondary Schools (CHASS) has cancelled the upcoming Super Zonal sports festival for second-cycle schools due to food shortage.

At an emergency meeting with all Zonal Chairpersons in Koforidua, the leadership of CHASS directed zonal heads to dismiss all athletes who were being camped for the sports festival slated for July 24, 2022.

CHASS explained that the host schools will not be able to feed the athletes.

Currently, students from seven zones who are training ahead of the super zonal competition to be selected to represent the Region at the National sports festival on 20th October, in Takoradi, have been frustrated.

Some athletes in the Koforidua zone called on the authorities to rescind their decision.

“We are all trying to get some qualification to the university and get scholarships,” one student said.

“Some even want to go abroad, but because the competition is being cancelled, their plans and their aims will be stuck somewhere.”

Meanwhile, some external sports trainers who were contracted to help train the athletes called on the Ministry of Education, the Regional Coordinating Council and government to make the necessary arrangements for the event to go ahead.

“The students sacrificed a lot to train, but the competition has been cancelled, so we are disturbed, so we are pleading with Regional Director for Eastern Region… please allow this programme to come on.”

The Eastern Regional Coordinating Council (RCC) has given a firm assurance that it’s working to ensure that troubled senior high schools that are facing food shortages are not closed.

Last week, the Conference of Heads of Assisted Secondary Schools CHASS drew the attention of the RCC to the imminent closure of Senior High Schools due to the dire nature of the current food shortage crises in the region.

According to the RCC which is calling on development partners to support the government to address these challenges, the government’s resolve to seek a bailout at the International Monetary Fund is to help realign and address some of these issues.

The Eastern Regional Minister Seth Kwame Acheampong who spoke to Citi News on the sidelines of the 10th-anniversary grand durbar of Pencils of Promise at Klo Agogo said the schools will not be closed down.

“Ultimately, we cannot just wish it away, but we are working assiduously to make sure that problem is taken off,” the minister said.

WhatsApp: Migrating data from Android to iOS is officially possible