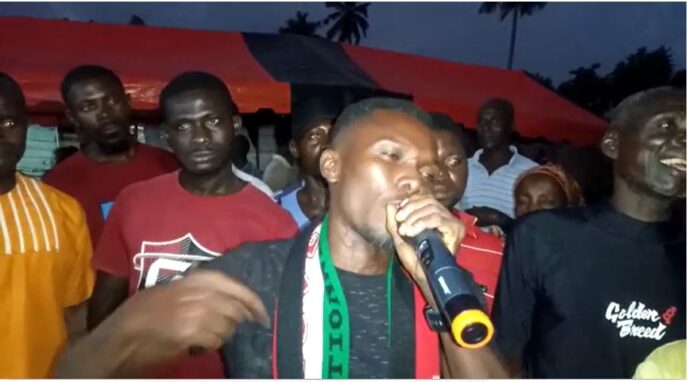 About 168 members of the ruling New Patriotic Party, NPP, in Akroso community in Asene Akroso Manso Constituency in the Eastern Region have defected to the opposition National Democratic Congress (NDC).

The defected NPP members led by known polling station executives such as Amoah Gyimah and Kofisco mounted platform to express their disappointment in government at a durbar by NDC to welcome them.

According to the defected NPP members, the Akufo Addo-led government has disappointed them with economic hardship in the country, and failure to create jobs for the youth.

They stated that, the party promised to secure job opportunities for them in various sectors of the economy during the 2016 campaign hence worked hard for the party to win power and retained same in 2020, however after almost seven(7) years in power the leadership of the party has failed to honour its promise to them.

They alleged that all efforts made for them to be employed have failed and that only a few who had been employed paid huge bribes.

The Asene Manso Akroso Constituency chairman of the opposition National Democratic Congress, NDC, Isaac Kofi Ahimah urged other members of the NPP party in the Constituency to follow the bold steps taken by the 75 defected members.

According to him, joining the NDC will rescue Ghana from bad governance of the NPP who is causing affliction and suffering to Ghanaians.

In the face of ‘high profile signings’, Jordan Ayew still starts for Black Stars in Qatar