Fresh data from the Finance Ministry has shown a significant shortfall in revenue from the controversial electronic transfer levy.

The data released in the last hour shows that the government has raked in less than seven per cent of its e-levy target.

The e-levy was initially expected to rake in ¢6.9 billion by the end of 2022 of which it was revised significantly to ¢4.5 billion. 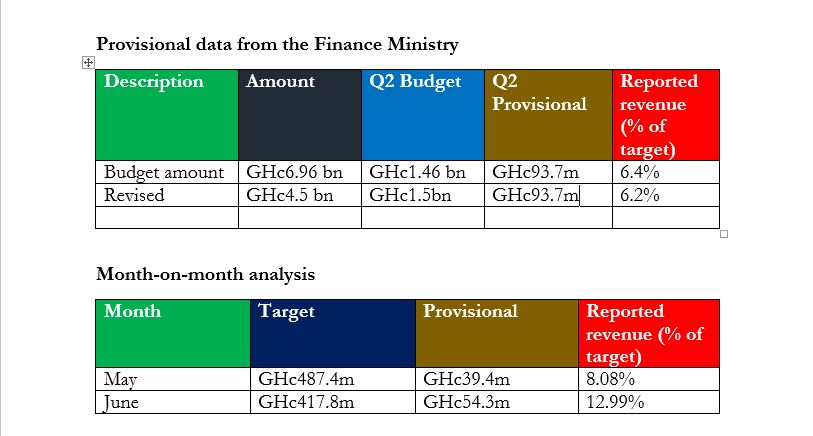 According to JoyNews’ Data Analyst, Isaac Kofi Agyei, information from the Ministry’s provisional data span in the first and second quarters of 2022 reported that it has collected ¢92.7 million.

Comparing the amount raised (¢93.7 million) to the initial target (6.9 billion) indicate that a percentage of 6.4 per cent has been raked.

However, making a comparison with the revised target (¢4.5 billion) shows that “it is just 6.2 percent of what government says it has collected so far.”

Also, breaking the data down further to a month-on-month basis, the month of May was targeted to rake in an amount of ¢487.4 million.

Information provided shows that “so far, only ¢39.4 million has been collected which is just 8.08 per cent of the targeted amount.”