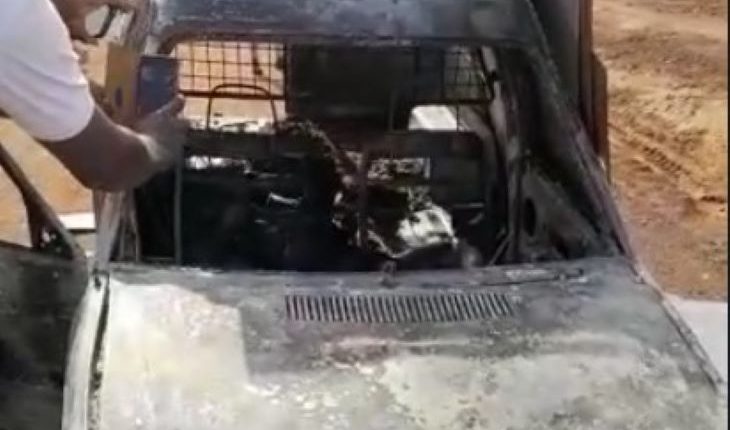 A 46- year-old driver, Yakubu, has been shot and burnt to death by unknown gunmen at Nakom in the Pusiga District of the Upper East Region.

According to sources, Yakubu was commuting between Bawku and Cinkase road when he was attacked.

Accra -based Citinewsroom reported that one of the passengers on board the vehicle giving an account narrated that the bandits blocked the road and ordered the passengers out before killing and burning the deceased.

“I was together with the man and three other people in the car. On our way back from our journey, we saw some men sitting by the roadside,” one of the passengers stated.

“They got up, picked up their motorbikes and followed our car upon seeing us. I told our driver that when we get to the Police checkpoint, we should park the car because the guys were chasing us. But the driver told me I was telling lies”.

“The guys crossed us and asked us to stop the car. They pulled out guns and told the man that it was his last day on earth. They shot him and shot him again and collected our bags and took our monies.”

“They asked us to run out of the car, leaving the dead body. They brought out a gallon of petrol and poured it on the body and burned it together with the car,” she narrated.