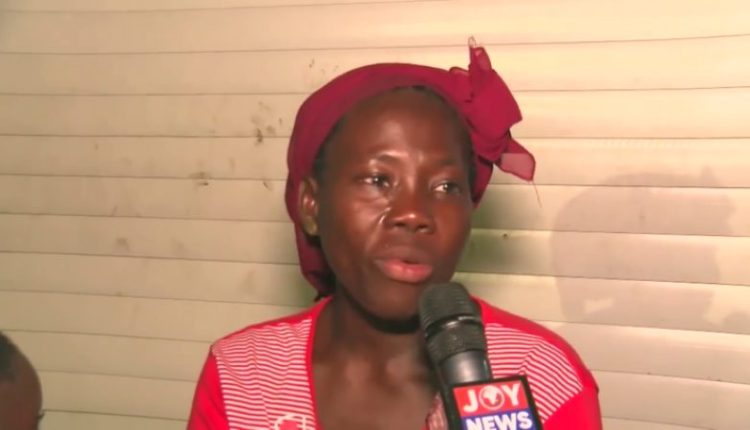 Christmas is in the air. Many are planning to have a wonderful time. But there are also many people slumming it hard on the cold streets of Accra.

Amongst many homeless people, the story of Esi sticks out like a sore thumb.

Economic pressures forced her to flee from her hometown of Cape Coast to Accra for a supposed greener pasture. She found a job and later love and settled down.

Esi seemed to have everything figured out until her husband died in 2015. Everything she had built began to crumble. Left with 5 children to cater for, she struggles to even put food on the table.

“I was a young lady when I left home for Accra. We didn’t have much, I had to struggle to fend for myself. I got married and a few years later my husband fell sick and passed on. I have no support from my extended family, they do not have much as well. I have to struggle to take care of my children. We were left with no choice but to sleep on the street” she said.

However, Esi was unable to pay rent – which led her and the children to sleep on the streets of Accra.

Esi and her family are always on the move. They carry all their belongings to where they find to lay their heads. She said the belongings she has struggled to gather over the years for herself and her children are constantly being damaged by rain.

“It rained heavily, the rain took away almost everything we had, it’s left with the little I was able to gather. The rain swept away the children’s uniform, we had to look for it so they could wear it to school. When we gather our belongings, the rain takes them away. We don’t have anywhere to go”.

She further explained that she is saddened by the constant illness of her children as a result of their living conditions.

“Mosquitoes are constantly feeding on us. If you look at my skin, you can see mosquito bites all over. My twins are already sick, It was just this evening that one fell sick and the other followed suit”.

Her son Godfred, a 15-year-old boy and a student also said he has to take up menial jobs after school hours to support the family.

“After school, I go to sell for somebody who gives me 5 cedis or 8 cedis which I give to my mother”.

Godfred also explained that he finds it difficult with studying on the street after school.

“I study at where the light is but when it rains I can’t study there. I have to go into the market so I don’t get drenched”.

Esi is, however, begging Ghanaians to give her family a decent Christmas and also help them a roof over her children’s heads.

“All I want is a house I can stay in with my children, If I get a place I can continue selling kenkey to take care of them”.

To help Esi this festive season, kindly send to 0593038842 with the momo name: Joy Fantastic Four.

Disgruntled clients of Databank threaten to burn down company