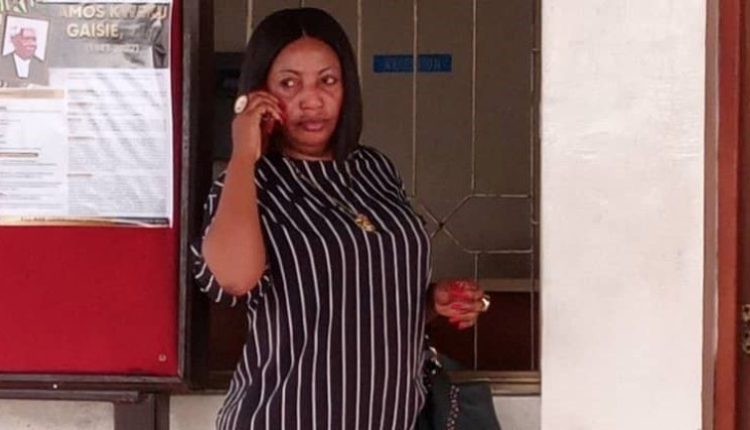 Diamond Appiah, a business woman has been arrested and charged for an alleged fraudulent land transaction involving an amount of $30, 000 at the Circuit Court in Accra.

Appiah who is said to have sold a portion of land at East Legon Hills to Ayisha Modi for $30, 000 was granted bail in the sum of GHc300k after she pleaded not guilty to the charge.

The court presided over by Her Honour Mrs Evelyn Asamoah as part of the bail terms said she is to produce three sureties all of whom are to be public servant.

The brief facts of the case as presented to the Court by the DSP Evans Kesse said Complainant Ayisha Modi is a Businesswoman and lives at Adjiringanor, Accra.

The accused Diamond Appiah he said is also a Businesswoman and stays at East Legon.

According to the Prosecutor DSP Kesse, in 2020, the complainant needed a plot of land to purchase for a building purpose and was discussing it with one Johnson, a witness in this case.

He said, the accused who overheard the conversation, jumped in and said she had a plot of land lying at East Legon Hills and could sell same to the complainant at a cheaper price.

The Prosecutor said, the accused demanded and collected cash, the sum of US3$30,000.00 from the complainant under the pretext of selling her one parcel of land lying at East Legon Hills.

DSP Kesse said, the accused took the complainant to a land at East Legon Hills and when the complainant later went to the land, she met one Gustav who claimed ownership of the land.

The Prosecutor said, the complainant made several attempts to retrieve her money from the accused person but she failed and made a report to the Police and accused was arrested.

He told the court that during investigation, it was established that, accused did not have any land at that location before she swindled the complainant.