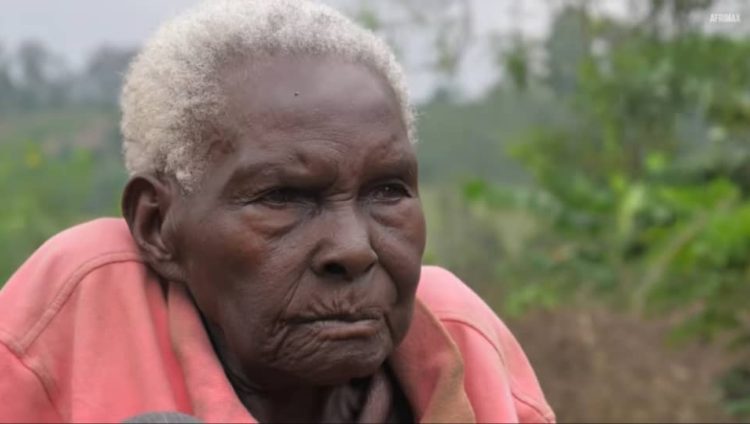 Death has forgotten me – Woman who witnessed First World War

“I want to die because I am tired and weak. Others are working all I do is sleep the whole day, yet I want to eat. I think death has forgotten me,” a tired 106-year-old woman has said.

Euphrasie Kanyundo is reminding death of her long existence.

Having witnessed the First World War, said she has enjoyed the full capacity of life on her own terms and she wants death to embrace her as soon as possible.

Though she is not unhappy in life as she is surrounded by a host of descendants who take care of her, she said her frail state makes it uneasy for her to enjoy life like she used to.

The aged African grandmother told Afrimax TV that she is tired of living her life like a baby; being lifted about and having to crawl on her butt.

However, she is physically healthy and still has a couple of teeth sticking out of her gums.

If death fails to approach in the coming days, Euphrasie Kanyundo fears she will have to break the heart of her children with her last option; suicide.

Her last child, who is also in his sixties, has taken it upon himself to keep watch on his mother, to prevent her from taking her own life.

Unlike the ordinary human who detests the sound of death, Euphrasie said she becomes excited whenever she witnesses a funeral in her community as she is hopeful she would be the next.

Having buried eight of her 10 children who passed on after experiencing the greying stage, she said her time to exit the world is long overdue.