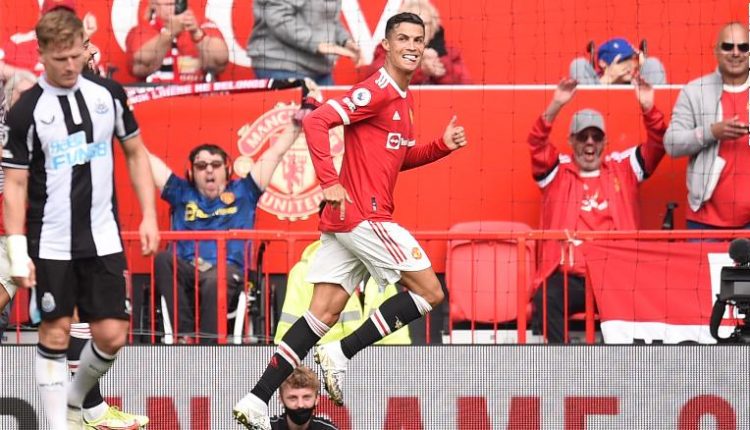 Football fans around the globe are in awe of football commentator, Peter Drury’s poetic introduction of CR7 as the player walked onto the Old Trafford pitch to make his second Man United debut.

Cristiano Ronaldo’s original debut with Manchester United was on 16th August, 2003 after joining from Portuguese side, Sporting, for £12.5 million when the Red Devils played host to Bolton Wanderers in the Premier League.

18 years old Ronaldo came on as a second-half substitute in the match which saw united winning by 4:0 thanks to goals from Ryan Giggs (2 goals) and a goal each for Paul Scholes and Ruud van Nistelrooy.

Although he did not score in that game against The Trotters, he did prove the catalyst for United.

Ronaldo would go on to win nine trophies at United including three Premier League titles and a Champions League, as well as securing his first Ballon d’Or, scoring 118 goals in 292 games along the way, leave for successful spells with Real Madrid and Juventus which has seen been considered by many as one of the best players in the history of the game.

Cristiano Ronaldo moved from Juventus in a dramatic transfer that saw him ditch Manchester City on transfer deadline day for a return to the Old Trafford for £19.8 million.

Prior to making his return debut for United yesterday, Cristiano Ronaldo’s shirt sales at the club have already hit a ridiculous £187 million about two days ago.

Well, yesterday the moment the world had been waiting for since CR7’s return to the Premier League happened at the Old Trafford against Newcastle United.

CR7 scored twice in the 45th and 62nd minutes to help United win the match by 4:1. Bruno Fernandes and Jesse Lingard were the other scores for Man U while Javier Manquillo got the consolation for the visitors.

As the players match onto the pitch for the match to begin, Drury’s in his usual self gave the player the best introduction one could ever think of.

Below are the exact words used by Drury;

Restored to this great gallery of the game

A walking work of art

Beyond forgery or imitation

18 years since that trembling teenager of touch and tease

First tip-toed onto this storied stage

Now in his immaculate maturity

Peter Drury introducing Cristiano Ronaldo should be the greatest introduction ever!