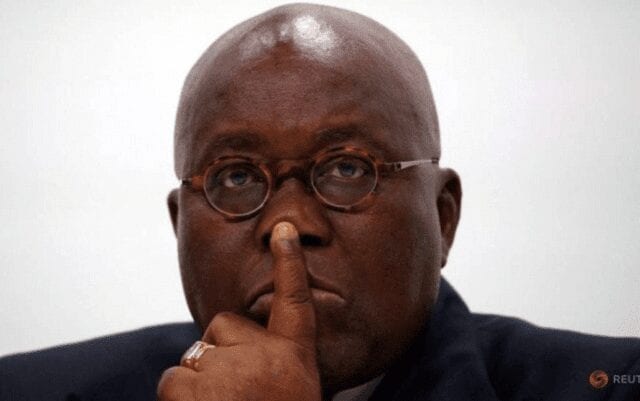 General Secretary of the Ghana Registered Nurses and Midwifery Association, David Tenkorang-Twum, has disclosed that remuneration due workers who contributed immensely to the fight against Covid-19 were not paid.

According to him, the additional 50% allowances on their basic salaries (per month for a four-month period starting from March 2020) and other insurance benefits the government promised have not been paid.

Speaking on The Probe on the JoyNews channel on Sunday he stressed that “even the 50% basic salary that was supposed to be advanced to those who took care of our Covid-19 patients, most of them [health workers] did not get it,” he said.

They included: the “Exemption from the payment of tax on their employment emoluments for a three-month period commencing from April 2020, a daily allowance of ₵150 (approx. US$26) payable to those undertaking contact tracing, additional allowance of 50% of their basic salary per month for a four-month period commencing from March 2020 and an insurance package, with an assured sum of ₵350,000 (approx. US$60,345).”

But speaking to host Emefa Apawu, Dr Tenkorang-Twum disclosed that the insurance benefit promised health workers was also not paid.

“Majority of the people did not get it. I know people who died and their relatives never got the insurance. So you see, we are challenged with a lot of things and if things continue this way, it will not augur well for all of us,” he added.

Contributing to the discussion which centered on the ‘Cost of Living: Weighing the demand of workers’, he highlighted the plights of workers under his association and stated that the current economic hardship is compelling nurses and midwives to seek greener pastures abroad.

He entreated the government to cut down on “loose spending” and channel state resources into taking care of the plights of the ordinary Ghanaian, especially the labour force.