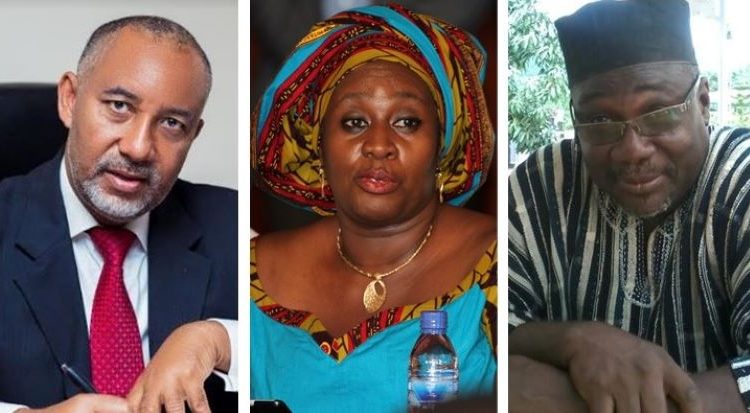 Former Ghana National Petroleum Commission (GNPC) boss, Alex Mould and Gavivina Tamakloe who stood surety for former MASLOC boss, Sedinam Tamakloe have been asked by the high court to pay GH¢ 5 million which was the bail bond for the former MASLOC boss.

Sedinam Tamakloe who is on trial for wilfully causing financial loss to the state has been absent from trial since October 2021 after she was given permission to seek medical treatment outside the country.

The two sureties were on October 22, 2022, however, tasked by the court to produce the accused.

Failure to do so caused the state to file the application of forfeiture of recognizance which will make the sureties pay for the bail bond.

The court at the last adjourned date however set Tuesday, January 24 to decide on the motion.

The court also asked lawyers for the sureties to authenticate a medical report that purported to explain reasons for the absence of the former MASLOC boss from the trial.

Though the document from a hospital in the United States indicated that the accused had a spinal and eye problem, the court noted that it did not prove that the accused cannot travel to Ghana for medical treatment.

The court however is yet to determine an application for the accused to be tried in absentia. The case has since been adjourned to February 7.