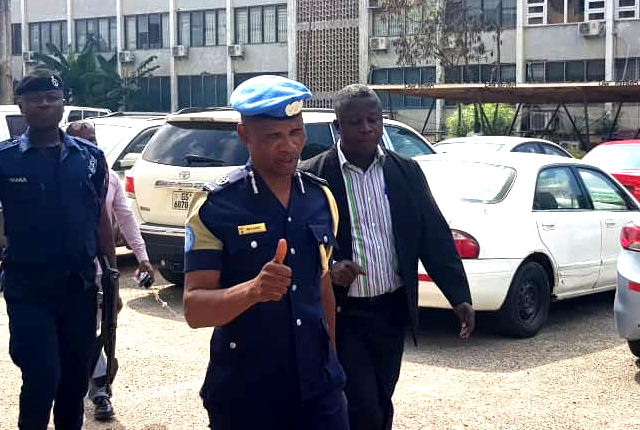 The Accra High Court has dismissed an application filed by Assistant Commissioner of Police (ACP) Benjamin Kwasi Agordzo, which sought leave from the court to travel outside Ghana as a resource person for a security sector reform training in Nairobi, Kenya.

In a ruling Tuesday (October 26, 2021), a three-member panel of the court, presided over by Afia Serwaa Asare Botwe, held that the court will not stay proceedings for the sake of one person.

However, they have denied the charges and are on bail.

Their trial is before a three-member panel.

Other members of the panel are Justices Hafsa Amaliba and Stephen Oppong.

In his application moved by Mr Kormivi Dzotsi who held the brief for Mr Martin Kpebu, ACP Agordzo, argued that in his absence, his wife and sureties will be available to monitor proceedings for him.

However, the prosecution, led by Principal State Attorney, Ms Winnifred Sarpong, who opposed the motion argued that the charge against the accused person was one that his presence was needed for the court.

She added that ACP Agordzo could resort to an online video conference instead of traveling all the way to Kenya.

The court in its ruling said the trial can never take place on the accused person’s absence as a result of the charge leveled against him.

It was the considered view of the court that it cannot stay proceedings for the accused person to travel.

Anti-LGBTQI+ Bill: Voting to be done publicly, No delay antics will be allowed – Bagbin