As Intel’s 13th Generation Raptor Lake processors are at close range, more leaked benchmarks have emerged. On this occasion, hardware leaker Tum_Apisak (opens in new tab) has uncovered a couple of the chipmaker’s non-K SKUs, including the Core i7-13700, Core i5-13500, and Core i5-13400. 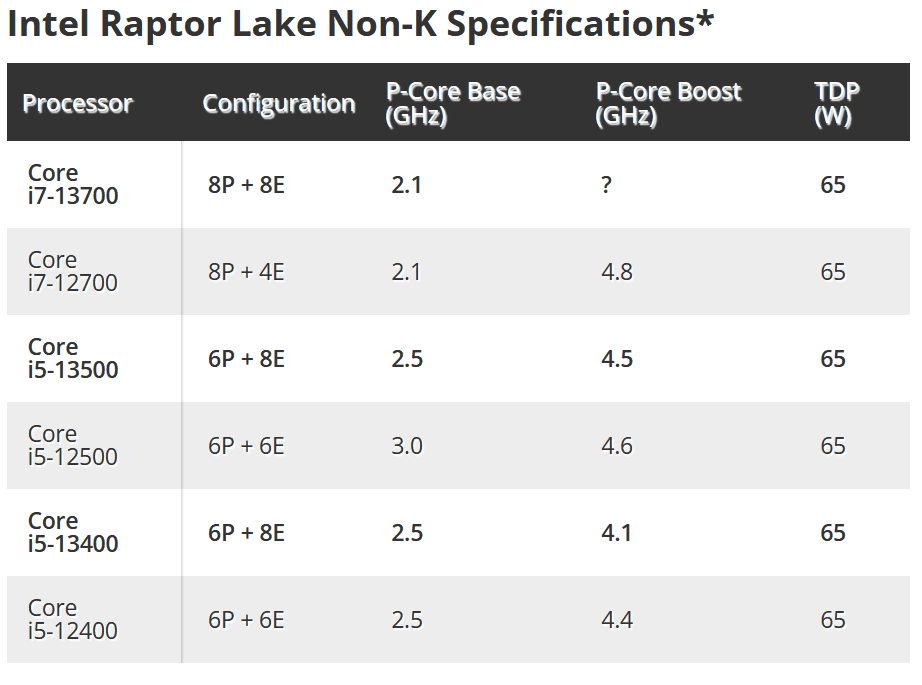 Raptor Lake processors arrive with Intel’s Raptor Cove cores, which we can consider to be an optimized version of Golden Cove. The next-generation chips retain the same Gracemont cores from Alder Lake but have double the amount of E-cores. Raptor Lake also flaunts bigger L2 and L3 caches. It’s a long list of improvements, and it won’t be long until we see just how much performance Raptor Lake can offer over Alder Lake, as the rumored reveal date is at the Intel Innovation 2022 event on September 28.