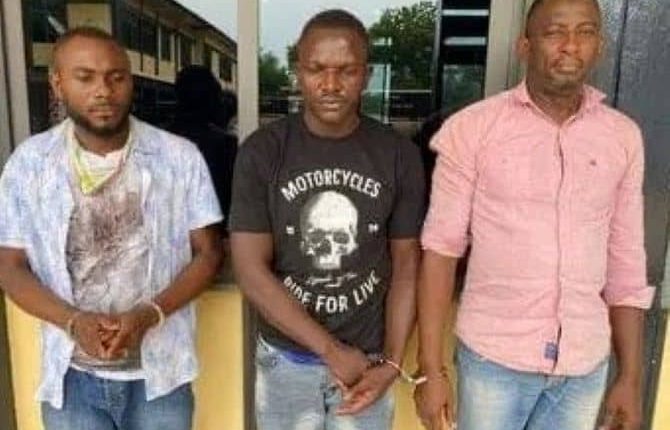 Three persons are in the grips of the Ghana Police Service for possessing weapons.

The three include Amadu Alhassan who is a Dogomba and a Community Protection Police Recruit in Tamale, Karim Atito Godstime who is a Nigerian and Seidu Ado Bala who is also a Nigerian.

They were arrested by the Walewale Police on the Tamale Highway at Kokubila on Thursday, May 5, 2022, in possession an AK 47 assault rifle with ammunition fully loaded, a foreign-made pistol and five mobile phones.

Upon integration, the three suspects disclosed that they are not armed robbers but rather they are hired assassins hired to kill a top official of the New Patriotic Party (NPP) who was bound to use the road during that time.

The three suspects were transferred to the Tamale Police Headquarters for further interrogation and were arraigned before the Tamale Circuit Court where they were remanded.

The three maintained that they were hired by one Alhaji Shani Mohammed to kill one of his opponents in the upcoming Regional Elections adding that he provided them with the guns they had in their possession.